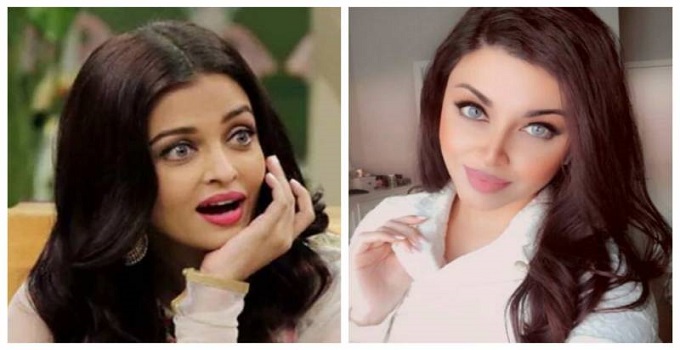 Aamna Imran from Pakistan is breaking the Internet, courtesy her striking resemblance to actress Aishwarya Rai Bachchan. Aamna is another addition to the list of Aishwarya’s look-alikes but more on that later. The netizens chanced upon pictures and videos of Aamna Imran recently and now describe her as Aishwarya Rai Bachchan’s doppelganger and they have every reason to – the uncanny resemblance is hard to miss.

Aamna Imran is a medical professional who hails from Pakistan and works in the US. On several of her Instagram posts, users have left comments like Aishwarya’s “xerox” and “carbon copy.” Recently, in an interview with Hindustan Times, Aamna Imran opened up about being compared to Aishwarya Rai Bachchan and revealed that she likes all of the actress’ films.”

“I like all of her movies, particularly Hum Dil De Chuke Sanam, Devdas, Mohabbatein, and Umrao Jaan. She looks magnificent in every role she steps in,” she told the publication and added: “Devdas is known for its elegance, and I would certainly want to star in it.”

Recently, we got our hands on a throwback picture from her school days. It was…

When Salman Khan and Aishwarya Rai started dating in 1999, they were considered the most…