When it comes to the Tamil regional film fraternity, three of the most ravishing and scintillating personalities who have been dominating Tamil cinema for the last decade or so are none other than Kajal Aggarwal, Anushka Shetty and Hansika Motwani. 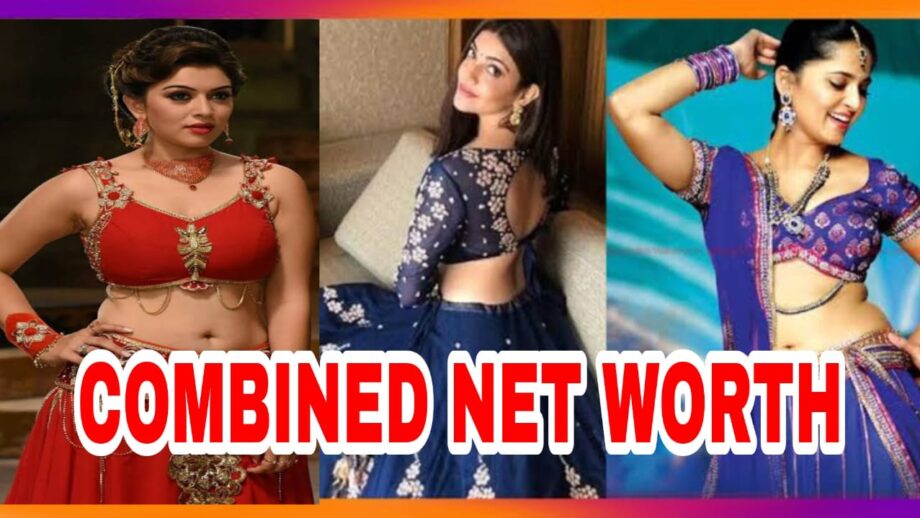 Kajal, Anushka and Hansika, all three of these are hotties in every sense of the term and when it comes to winning hearts effortlessly with their charismatic personality, there’s no beating them whatsoever in any department.

From ensuring that the flying dupatta looks super cool and amazing on their attire to ensure that they get the desi vibes out like real queens, they have no match whatsoever.

Over the years, all thanks to the way they have dominated Tamil cinema, these heroines have earned enough riches for themselves and their families. So, in case you wonder what’s their possible net worth, today, we spill the beans.

As per reports in Wikipedia, Kajal Aggarwal has a net worth of $11M whereas Anushka Shetty & Hansika Motwani have net worths amounting to $5M & $4M respectively.

So together, their combined net worth stands at a whopping $20M

12 Television Actresses And Their Successful Second Marriage, Half Of These You Don’t Know Are Married For Second Time!

8 Fun Facts About South Beauty Anushka Shetty Who Played The Role Of “Devasena” In Baahubali 2!

Anushka Shetty’s name is just inseparable from Tollywood; she has given many super-hits and is…

Kajal Aggarwal and Gautam Kitchlu are the most beloved couple in the country. The two…