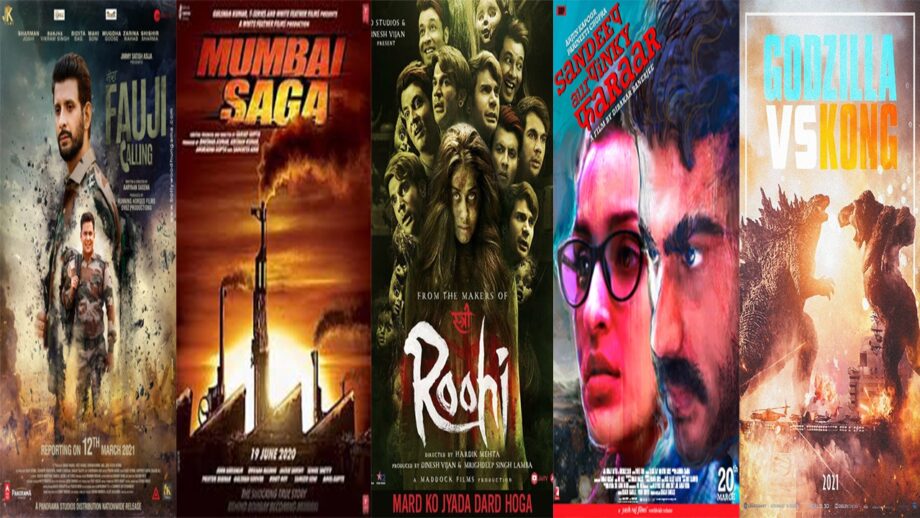 March may prove decisive for the movie-theatre business in India. There are as many as 9 Hindi films being released in movie theatres this month. These include the horror-comedy Roohi with Janhni Patel and Rajkummar Rao and the dance film Time To Dance On March 11 and 12 which launches Katrina Kaif’s sister Isabelle with Sooraj Pancholi.

The following week on March 12 Sharman Joshi plays a soldier in Fauji Calling. Since no one knows about this film it is most likely going to sink immediately.And on March 19 John Abraham turns gangster(again) in Sanjay Gupta’s Mumbai Saga .March 26 will see the release of Ram Gopal Varma’s D Company, thematically very lose to Mumbai Saga . March 26 will also see the release of two other films Haathi Mere Saathi featuring Pulkit Samrat and Rana Daggubatti in what appears to bear no resemblance to the Rajesh Khanna blockbuster of same title from 1971.

Also on March 26 is Yash Raj Films’ Sandeep Aur Pinky Faraar which was the first casualty of the lockdown in March 2020. Its lead actors Parineeti Chopra and Arjun Kapoor both need a hit badly.

Honestly, none of these films except Roohi have the potential to eventuate a turn-around in the fortunes of the boxoffice.

Trade guru Taran Adarsh says, “The flow of films begins from March 2021 onwards. It’s an important phase since the world is still fighting the dreaded covid. Will the audience walk into cinemas, only time will tell. But, on the other hand, the exhibition sector, which is bleeding since last year, has got some respite. The flow of films coupled with some biggies slated for release in the coming weeks should help revive the entertainment industry.”

Adds movie exhibitor Akshay Rathi, “Roohi, Mumbai Saga, D Company, Flight, Godzila vs Kong and Haathi Mere Saathi are theatrical experiences that can certainly excite the audience into stepping out to the theatres.”

Trade analyst Girish Johar comments, “It feels very good and positive that we have around 9 theatrical films in March. The theatres will be buzzing with some activity which would definitely be a breather from no shows earlier. Yes, these releases will bring back the confidence of the audiences and will definitely set up a platform for the biggies.For me, every drop counts and even if any film from any genre does add some percentage of audience walk-ins at the theatres, it is a positive sign and it helps in our return to normalcy at the movie cinemas. Larger availability of the vaccine will also add as a confidence-building measure.”