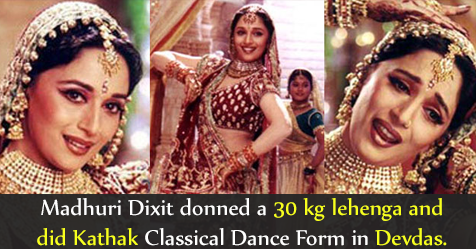 As heavy as 35 kgs! Well, their lives aren’t as easy as it may seem from a distance! 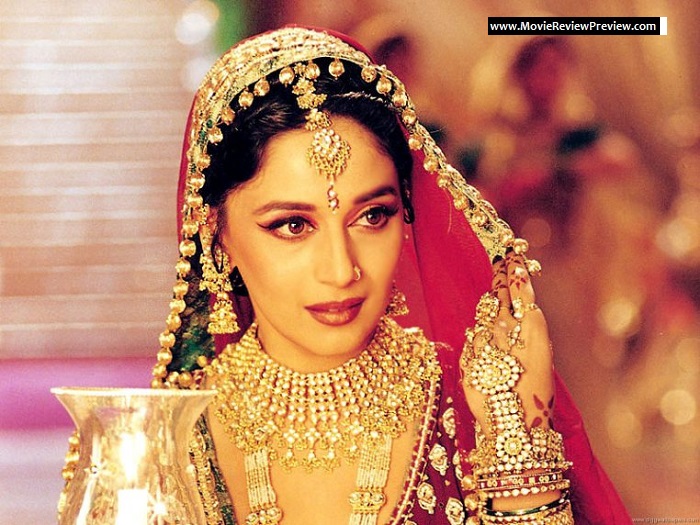 Bollywood’s Dancing Queen, the ever-so enchanting Dhak-Dhak girl, and of course, the dazzling diva with the most gorgeous smile around – Madhuri wore a 30 kg lehenga for the playful Kaahe Chhed Mohe number in Sanjay Leela Bhansali’s 2002 magnum opus, Devdas. 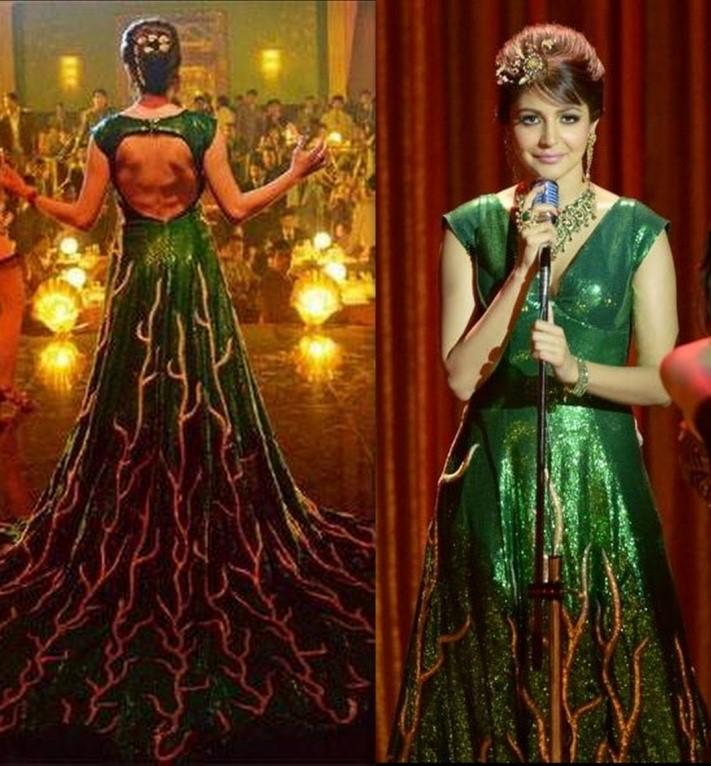 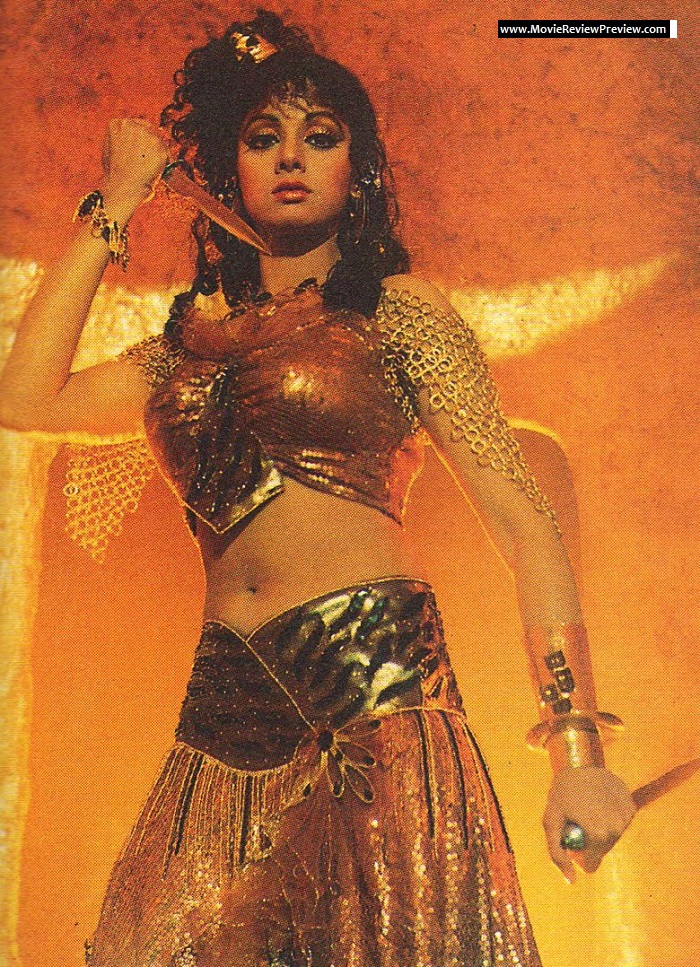 The charismatic beauty was quite close, as she slipped on quite a hefty costume for the song Dushman Dil Ka Woh Hai from Roop Ki Rani Choron Ka Raja. The golden, embellished dress weighed over 25 kg. What’s more, the shooting for the number went on for 15 days, which clearly means the actress had to wear it every day for half a month.

The Bollywood Career Of These Actresses Were Very Short Lived 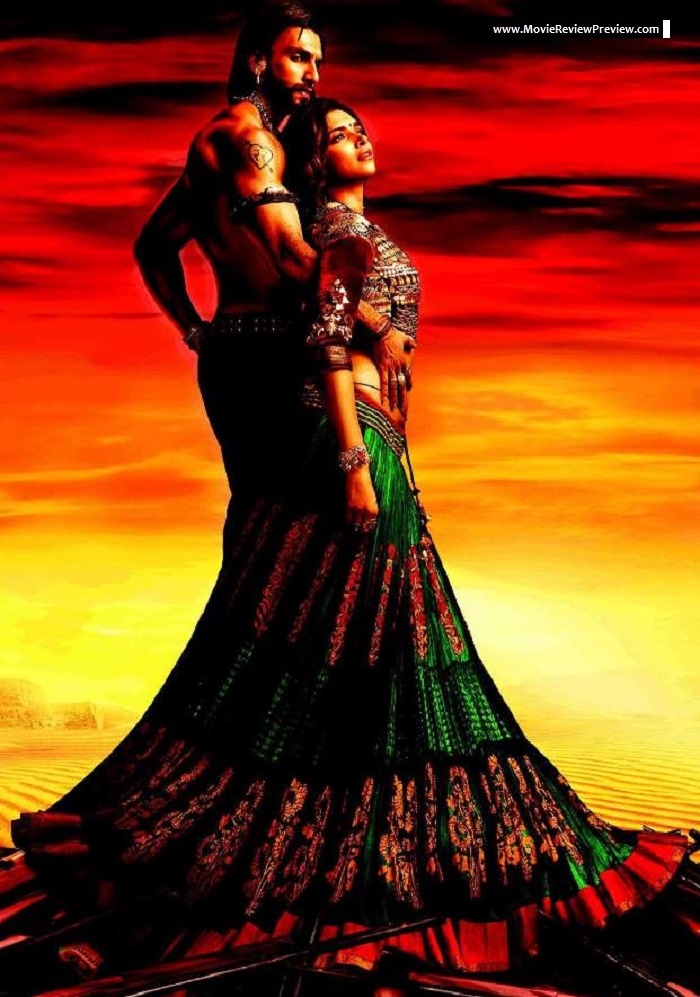 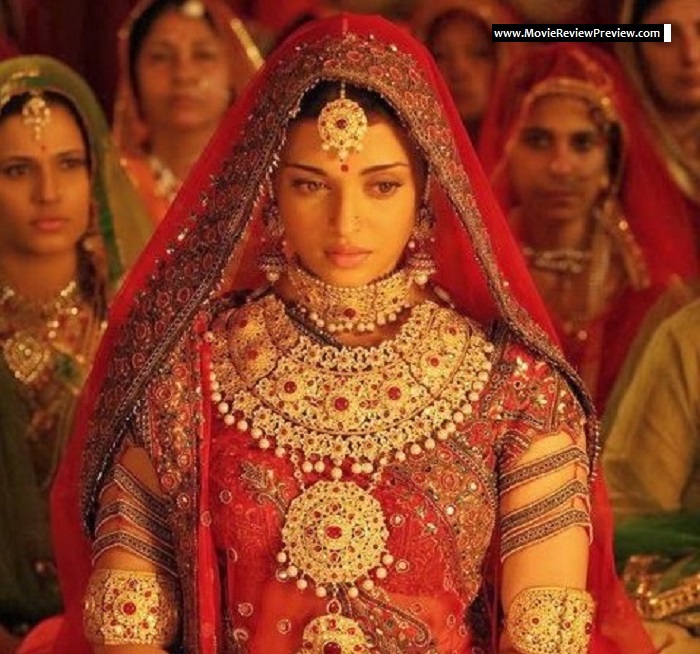 Ashutosh Gowariker’s Jodhaa Akbar had Aishwarya in several breathtaking costumes. Out of them, her bridal look is undoubtedly one of the best moments of the historical drama. Apparently, the leggy beauty’s wedding trousseau weighed about 10 kgs. 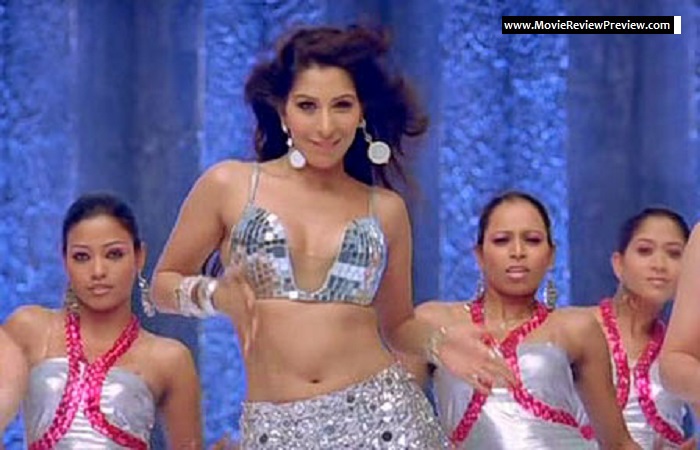 For the 2008 thriller, Kidnap, Sophie turned an item girl, sizzling to the saucy tunes of Meri Ek Ada Shola. Grapevine has it that the hottie’s embellished bustier weighed about five kilos while her crystal-decorated mini skirt was 15 kg heavy. 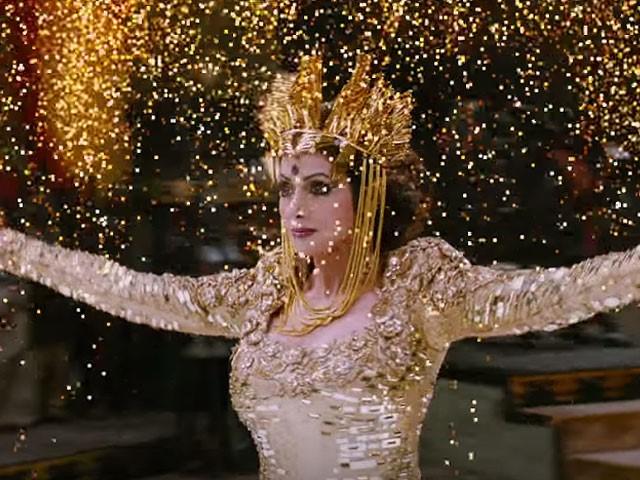 The trailer of Sri Devi’s upcoming Tamil film Puli spread on the internet like wild fire. Her costume in the movie which is designed by Manish Malhotra weighs 20 kg which has added to her gradiose appearance.