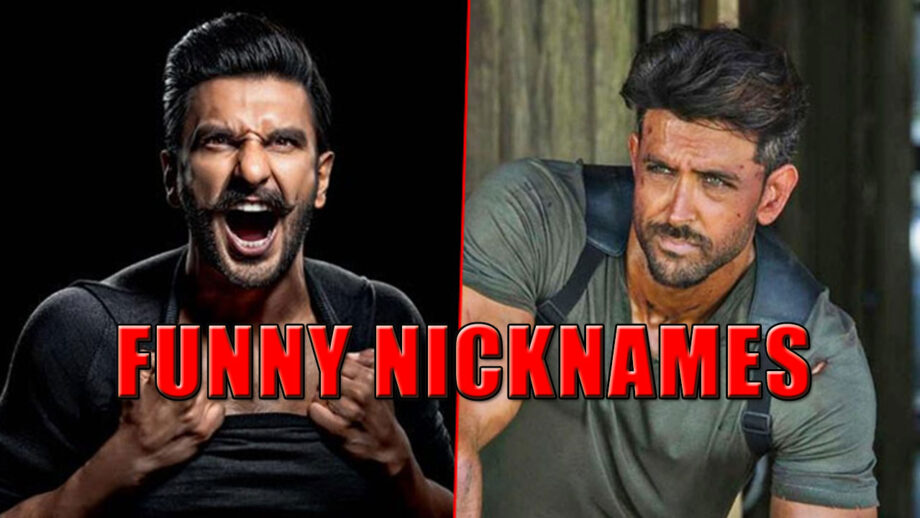 Today, we shall go through some known actors from the acting industry who have funny names like you and me, this might get funnier than we thought, buckle up!

The handsome man who has stolen the thunder of many girls, Hrithik Roshan has a weird yet cute name given by his grandmother. She calls him ‘Duggu’.

The perks of having a cute and cherished childhood make you one of the favorites among your family. Well, our very own Alia Bhatt is one of them, and being chubby and bubbly in her childhood, she was called ‘Aaloo’.

Akshay Kumar’s nickname is quite common and most of us know. He is one of the most known stars in Bollywood and he has earned the nickname ‘Akki’ by his fans.

Kareena Kapoor had a dream career to date! With every movie making great at the box office and making use of all the roles she played, she made it large in Bollywood! Her nickname is ‘Bebo’.

And lastly, we have the Raam-Leela actor Ranveer Singh! Well looking at his high skilled action sequences, we guess he was titled the correct name as per his personality, ‘Rambo’.