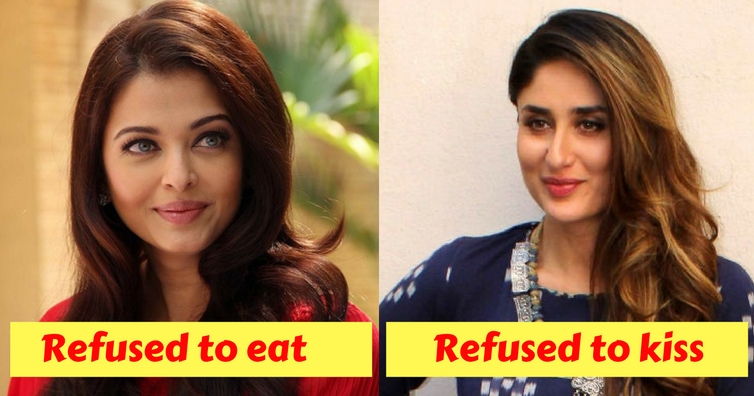 With most Bollywood films incomplete without bold, intimate scenes and liplocks becoming commonplace, most stars now do just what the director tells them. However, there are quite a few actors who prefer to stick to their guns. Let’s take a look at bollywood actors who said NO to filming a scene in their movies!

When Aishwarya Rai was shooting for movie Jodhaa Akbar, there was a scene required Hrithik and Aishwarya to eat the food which according to script was prepared by the Rajput Princess, Jodhaa. The mouthwatering food shown in the movie was all prepared in pure ghee. The actors were terrified to eat this ghee clad food again and again for their retakes and this refused to eat it more than once. They finally agreed to do the scene when the director ordered the cooks to use less butter.

During the shooting of Mohenjo Daro, Hrithik was required to jump from one point to the other. He refused to do that scene himself for the fear of an injury. He had undergone a brain surgery to remove a clot that developed from a previous injury. Ever since, the actor has been playing it safe, and ensuring that he doesn’t hurt himself again.