skip to Main Content
Gadget Geek: In 2007, Hyderabad-based Ranjit Kumar was a programmer who, like most of his tribe, was earning well and leading a more than comfortable life. The only problem? He was bored to death. To relieve the ennui, he started reviewing gadgets. What started as textbased reviews evolved into videos, which he duly uploaded on You-Tube. In the first year, he hardly got any views and just 1,600 subscribers. He persevered, uploading six videos a week. Things started to change around 2014, recalls the 38-year-old. Now, he adds 800-900 subscribers a month. Doing everything by himself, he spends 10-14 hours a day working on his videos and engaging with his followers. 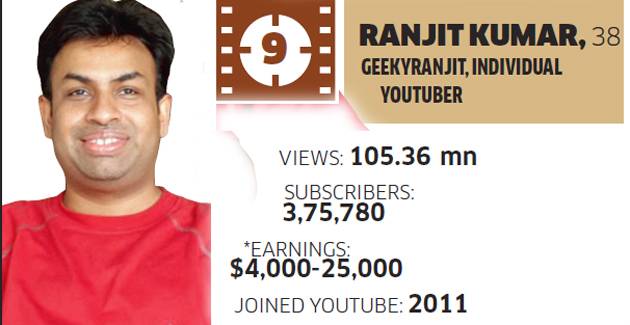