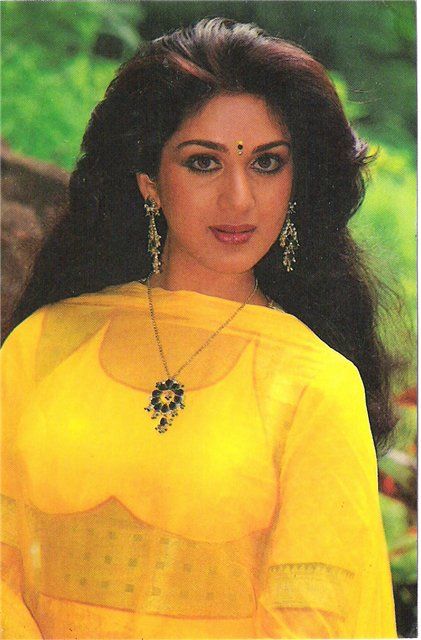 An Indian model, film actress and dancer, Meenakshi Seshadri, who is remembered for her performances in films, including “Bewafai”, “Meri Jung”, “Ghayal”, and “Damini” among others. She went on to establish herself as one of Hindi cinema’s leading actresses in the 1980s and 1990s, acknowledged for several of her performances, her beauty, and her accomplished dancing. She retired from cinema after marrying investment banker Harish Mysore. She had a civil wedding, a registered marriage, in New York. Meenakshi lives in Plano, Texas and runs her dance school “Cherish Dance School”. Recently a documentary was also made on her life called Meenakshi Accept Her Wings, the documentary depicted the transitional lifestyle of dancer, actress to a homemaker.
[ads1]