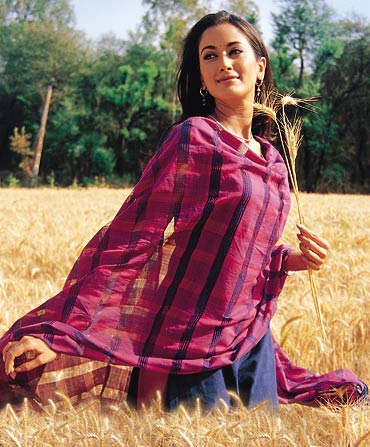 After working in many TV commercials and music videos the beautiful girl Gayatri, made her Bollywood debut in December 2004 in “Swades” opposite superstar Shah Rukh Khan. The film also won him fame, but it was her first and last film. She quit the acting after married on 27 August 2005 with Vikas Oberoi, Promoter of Oberoi Construction.
[ads1]