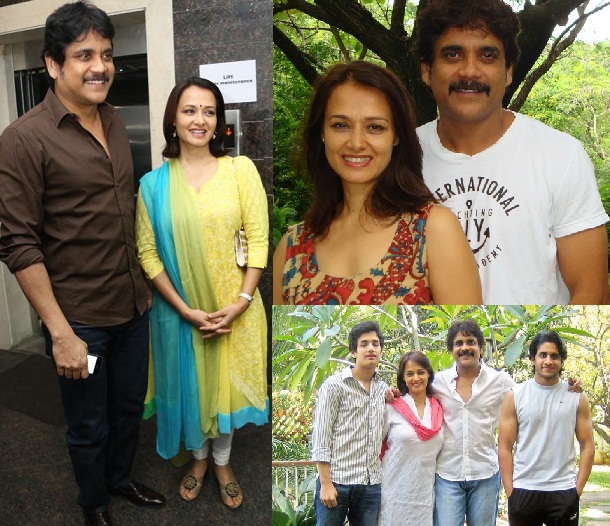 Akkineni Nagarjuna is an Indian film actor, producer and television presenter married to  a former Indian film actress, Bharata Natyam dancer, and an animal welfare activist Amala Akkineni  in 1992 and the couple has a son, actor Akkineni Akhil. Naga Chaitanya is a son of Nagarjuna and Lakshmi Ramanaidu Daggubati. Amala is his step-mother and Akhil Akkineni is his step-brother.