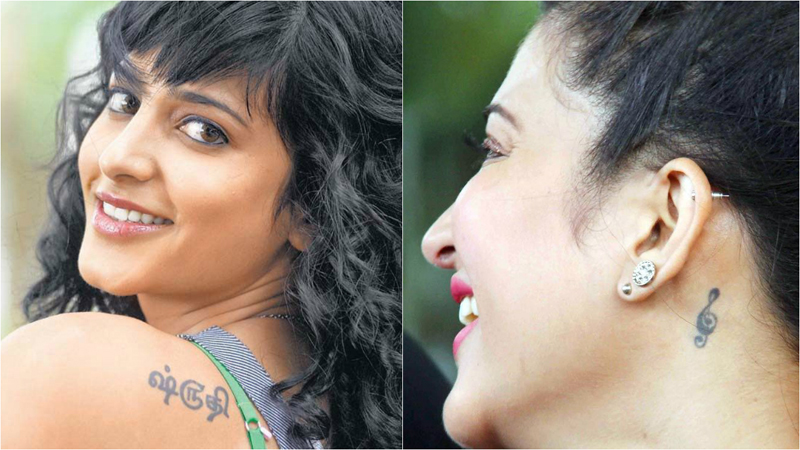 Shruti too loves getting inked and the first tattoo she got was of her name inked in Tamil, her mother tongue. She also got another tattoo recently and this time behind her ear. It is a known fact that music is Shruti’s first love and she got a music note tattooed. All for the love of music! 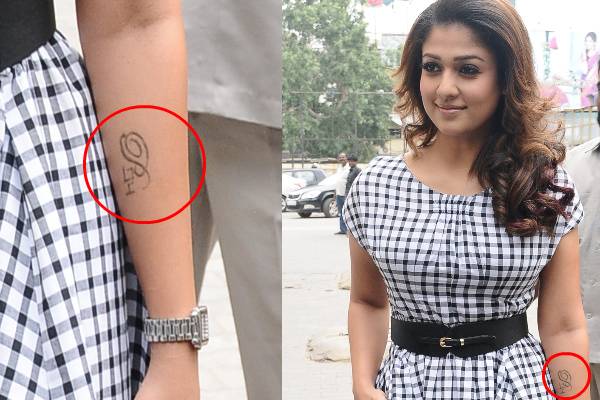 Nayanthara’s tattoo is the most controversial of all tattoos listed here! She had her then boyfriend Prabhu Deva’s name tottooed on her arm. She has tried to hide this tattoo from the media in the past, but eventually the story broke and she has often been questioned about her tattoo. Although the two broke up, it’s surprising that she still has the tattoo on her hand.
[ads1]