With social media, stars and their fans are more in touch than ever. From AMAs to birthday wishes, stars do quite a bit to connect with those who love them on and off screen. And while we’ve seen many an instance of fans’ love for their stars, whether it’s tattoos or turning their house into a veritable Mecca of their icons, there have been times when our stars too have gone out of the way to do something unusual and truly special for their fans. Take a look…
Shah Rukh Khan 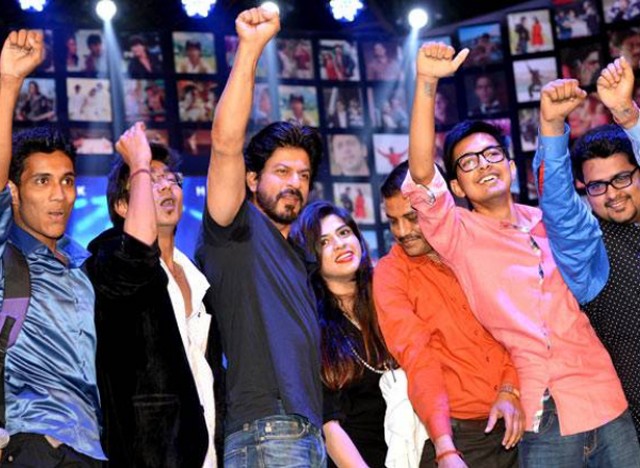 He loves his fans to bits and even dedicated his last release, Fan, to them. And what a way to kick off that dedication! Shah Rukh launched the trailer of the film with full pomp and show, inviting his fans to the launch. This was not only the first time that Yash Raj Studios was opening its doors to fans for one night only, but over a thousand eager SRK lovers showed up and cheered their heart out for King Khan. Moreover, the trailer was launched on February 29, a day that comes only once in four years. Well, Shah Rukh certainly made it a once in a lifetime experience for his fans.
[ads1]