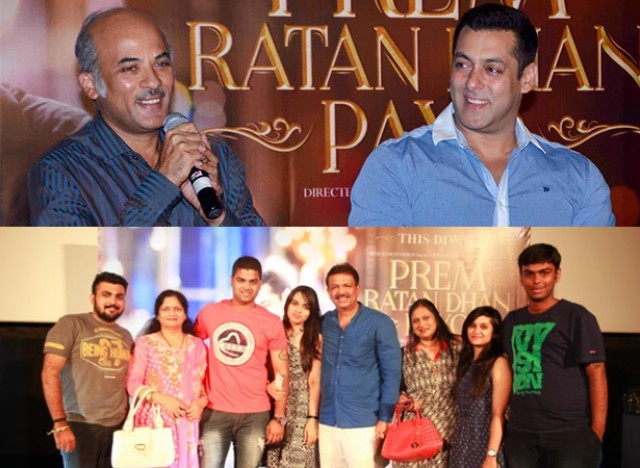 Salman Khan treats his fans like his family. In recent times, he even clarified to the media that he’d announce his impending nuptials on twitter as a moment just between his fans and him. So naturally, when the time came for Salman to reunite with director Sooraj Barjatya after 16 years for Prem Ratan Dhan Payo, Salman made sure his fans were present for the big moment. He threw open a contest for fans and those who won got to watch the trailer with Salman, with their families in tow. How sweet!
[ads1]