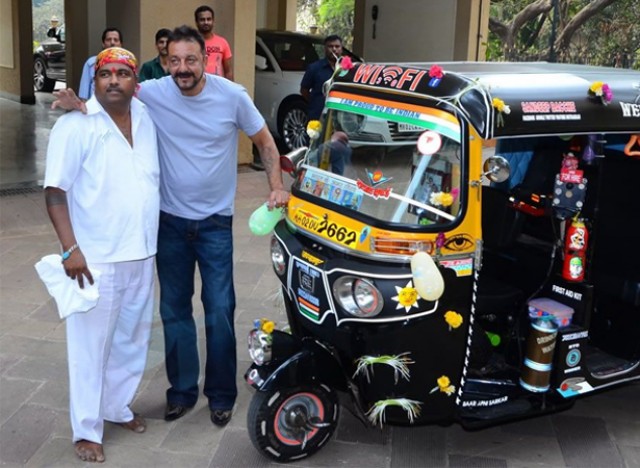 Sanjay Dutt has amassed a devoted fan following in his Bollywood career. And these fans stuck by him even as he faced his jail term and even celebrated his release earlier this year. One such fan was Sandeep Bacche. He not only has a tattoo of Sanjay Dutt’s face on his arm, but also vowed in 2013 to remain barefoot till Sanjay was released from jail. When Sanju Baba found out about this fan, an auto rickshaw driver, he arranged to meet him and graciously accepted the gifts the fan brought along.
[ads1]