It usually get to see much change in women after pregnancy. Not only this, our bollywood actress are also not left with this. Let’s have a look at the actress whose look has changed considerably after pregnancy. 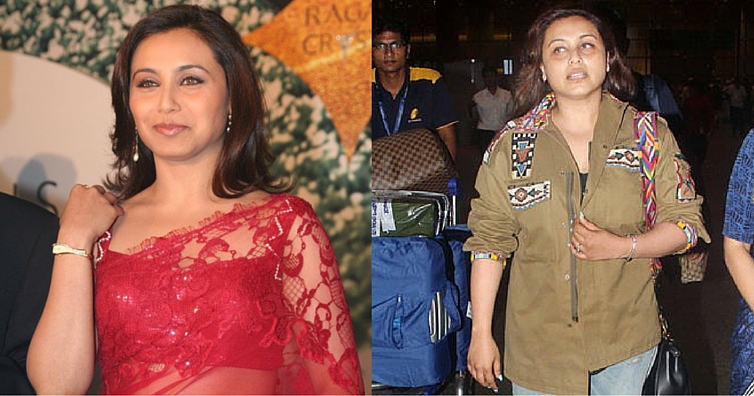 Recently, Rani Mukherjee spotted at airport. After pregnancy, her look is totally changed and her fan could not even recognize her. In April 2014, Rani tied the knot with filmmaker Aditya Chopra in a private ceremony. On 9 December, 2015 she gave birth to a daughter Adira.
[ads1]