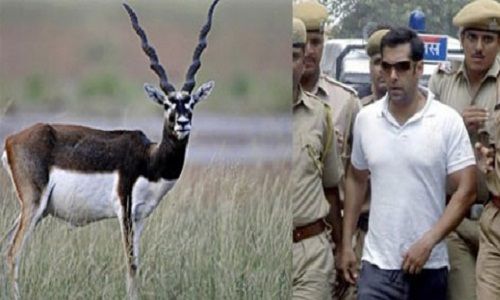 Salman Khan is one actor who is all about controversies and Bollywood fights, be it with Shahrukh Khan on Katrina’s birthday or Vivek Oberoi for Aishwarya’s love. Besides Bollywood brawls, he was also accused of killing a chinkara while shooting for ‘Ham Saath Saath Hai’ followed by an accident case where his car ran over a footpath killing and injuring the homeless people napping there. Though the court ruled in his favor and let him go, we will never be able to forget his adventurous stories.
[ads1]