Kareena Kapoor Khan has gathered enough fans all around the nation. Having a fan moment with the diva is nothing short of a dream for many but imagine if that dream gets shattered when the star behaves arrogant or even fails to notice your presence? That’s what has happened with many fans of Kareena Kapoor Khan who have shared their experiences on a platform known as Quora.
question was asked, “What’s it like to meet Kareena Kapoor Khan”? You would expect a happy-go-lucky and cheerful side of Bebo to be reflected in the answers but the opposite is true. Kareena is nothing short of discourteous and arrogant as stated by some of the fans who had an encounter with Bebo. 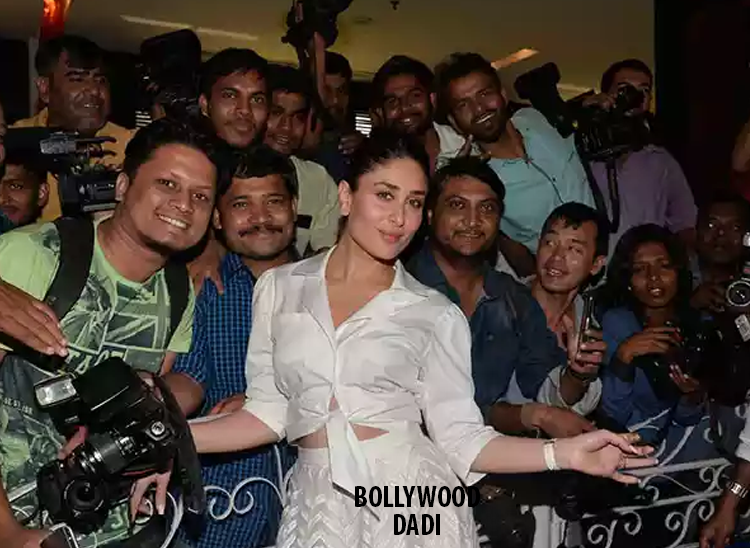 I don’t like beating around the bush. So, here is the naked truth: Kareena is a classless, arrogant, spoiled-brat. The fact that she comes from a very influential family and is a popular public figure is deeply en-rooted in her tiny mind.
I’ve met her personally and had to bear her and her sister Karishma, her mom, and some bunch of morons who accompanied her during her stay at the Oberoi Rajvilas resort, Jaipur in 2003, where I was interning. To cut the long story short, she was there to celebrate her birthday and we did more than a guest would expect. On her birthday night, we surprised her by filling her room, (in her absence of-course) with the best exotic flowers and the best possible decoration. We made a huge personalized cake and made it grand for her. And guess what, neither her nor her entire family had a single word of thanks. By the way, this all was complimentary from our side! 🙂 Let me add some more fun to it, their entire stay was paid by the producer/someone of the movie she was working in! While leaving the hotel, forget about leaving a single rupee as tip (don’t take me wrong, Oberoi hotels doesn’t encourage individual tipping, but most of the guests, while checking out from the hotel do leave it at the reception as part of centralized tipping.) None of them, including her, had even the basic courtesy of thanking the hotel team that made their stay such a memorable one.
It’s important for me to inform you all that The Oberoi Rajvilas is not an ordinary hotel to treat her so special. The Former President of USA Bill Clinton has stayed here not just once but twice whenever Bill Clinton Arrives in Jaipur This hotel has consistently been ranked as one of the best, not just in India but in the world: The Oberoi Rajvilas, Jaipur She ensured that we all got to know what a classless woman she is and how arrogant the Kapoor family is! On the contrary, Karishma’s husband was a dignified man with loads of humility. No wonder, we all in the hotel could easily predict the future of Karishma and her husband
– Baijnath Pandey
Click Next To Read More Such Experiences From Quora…
[ads1]