Akshaye Khanna as Sid and Dimple Kapadia as his older lady friend Tara Jaiswal. There is close to two decades of age gap between the duo and it was a novel concept in Indian cinema at the time to pair a younger actor with an older actress, but Sid and Tara’s adorable love story brought a welcome dash of tenderness to the story of friendship.

A heroine of the masses, Karishma Kapoor was the face of Indian cinema during the 90s and early 2000s. In the National Award-winning ‘Zubeidaa’, she was paired with Manoj Bajpayee, best known for his work in alternative cinema. 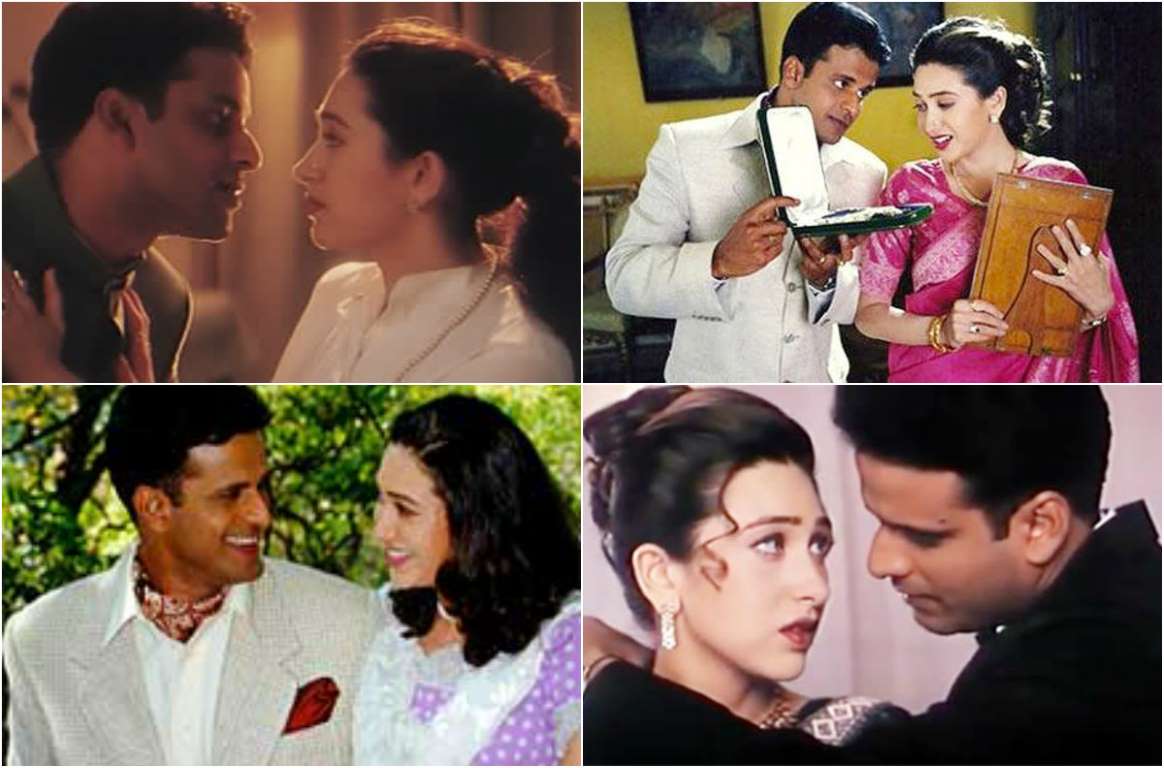