Naseeruddin Shah who has worked in more than hundred films, turns 66 today. The actor who was born on 20 July, 1950 has seen success in both mainstream Bollywood cinema as well as in Parallel Cinema. Shah has won numerous awards in his career, by which millions of people knows about him. But, several aspects of his personal life are still unknown by people. One of them is his love life. Here we throw a light on his love life. Just have a look. 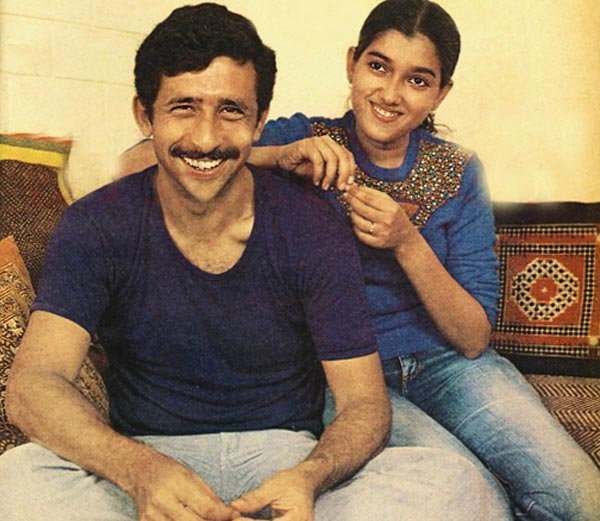 Naseeruddin Shah got married to Ratna Pathak in 1982. Their love story began in 1975, when Ratna was a college student and Naseer was doing graduation from FTII. They met for the first time during rehearsals of play ‘Sambhog se Sanyas Tak’ which was directed by Satyadev Dubey.
[ads1]