Some of these pictures date back to the 90s era when a visibly younger looking Salman can be seen shooting for the film ‘Jab Pyaar Kisi Se Hota Hai’, and Farah Khan (below) can be seen mingling with him while doing the choreography for the film’s song ‘Hum Tujhko Utha Kar Le Jayenge’. 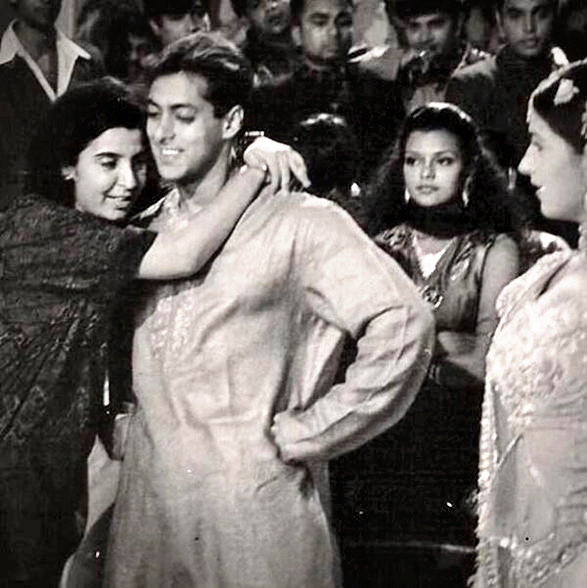 Salman Khan with Farah Khan and Twinkle Khanna during the shooting of ‘Jab Pyaar Kisise Hota Hai’
Below is a behind-the-scene picture of Salman Khan with Sooraj Barjatya. 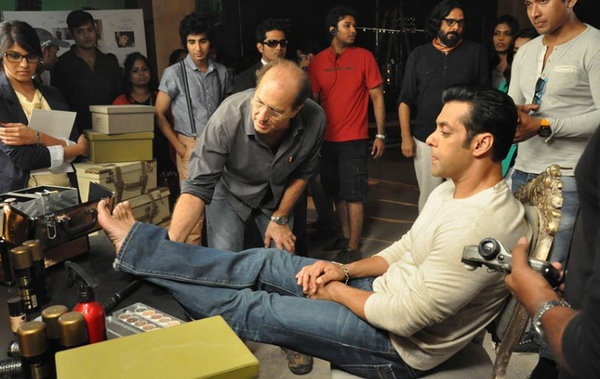