Yami Gautam who started off with a TV show later made it big with her film ‘Vicky Donor’. The actress who was last seen opposite Hrithik Roshan in film ‘Kaabil’ played the character of a visually impaired girl is known for her bubbly girl next door image. But it seems like Yami is all set to bid farewell to her ‘cute girl’ image.

Recently, the actress took it to her social networking site to share the pictures from her Maxim photoshoot, & boy, they are hot! Stepping out of her closet the actress posed in a bikini flaunting her sexy figure. The beautiful actress left her fans speechless and her pictures are so steamy that they are going viral on the internet. 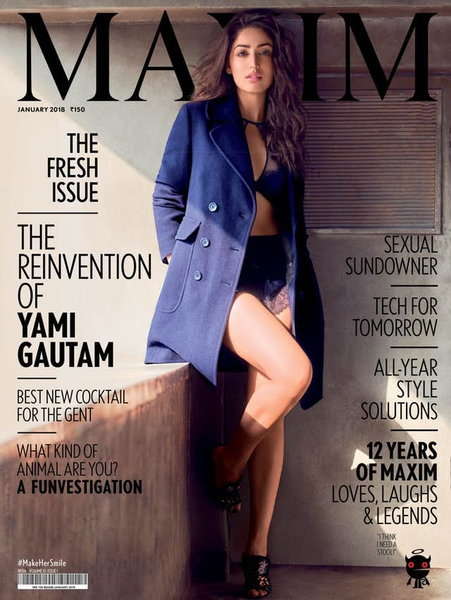 In one of the pictures, Yami is seen wearing sexy lingerie with a trendy blue blazer.
[ads1]