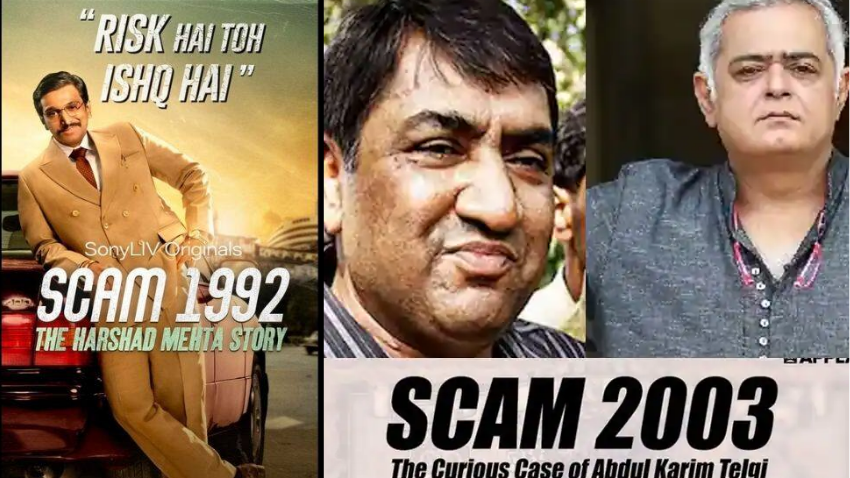 Scam 1992: The Harshad Mehta Story was one of the most successful web series of 2020

After the tremendous reception to Scam 1992, its makers and SonyLIV have decided to continue the Scam franchise with a brand new series that will outline the story of notorious counterfeiter Abdul Karim Telgi. The show, tentatively titled Scam 2003: The Curious Case of Abdul Karim Telgi, will also be directed by Hansal Mehta and will be an adaptation of journalist Sanjay Singh’s Hindi book Reporter ki Diary.

Grateful for the very loving response to this announcement. This is a challenging tale to tell. And even more so because it is Season 2 of such a successful show. We will work doubly hard to reciprocate this love and to make this season very exciting, authentic and engaging. 🙏🏻 pic.twitter.com/gJekVVkRWp

Abdul Karim Telgi made headlines in the early 2000s when a counterfeit stamp paper scam amounting to over Rs 10,000 crore was unearthed. An investigation revealed that he had about 350 people under his command who sold fake stamp papers. The purchasers included banks, insurance companies and stock broking firms. The syndicate also involved some high level police officers and government employees.

Telgi was born in poverty. His father, an employee of Indian Railways, died when was young. Telgi paid for his own education by selling fruits and vegetables on trains. After graduating in commerce, he worked a couple of jobs in Mumbai before moving to Saudi Arabia. He returned home after seven years to make a living from counterfeiting. Having set up a travel company, he began creating fake passports and other fake documents to facilitate the smooth passage of labourers to Saudi Arabia. After finding success, he moved to more complex counterfeiting and began making fake stamp paper.

In 2006, Telgi and several of his associates were sentenced to 30 years of rigorous imprisonment. The income tax department levied a penalty of Rs 1,000 crore on him, and requested that his property be confiscated towards its payment.

Telgi died in October 2017 at Bangalore’s Victoria Hospital, aged 56. He was suffering from meningitis, diabetes and hypertension besides other ailments.