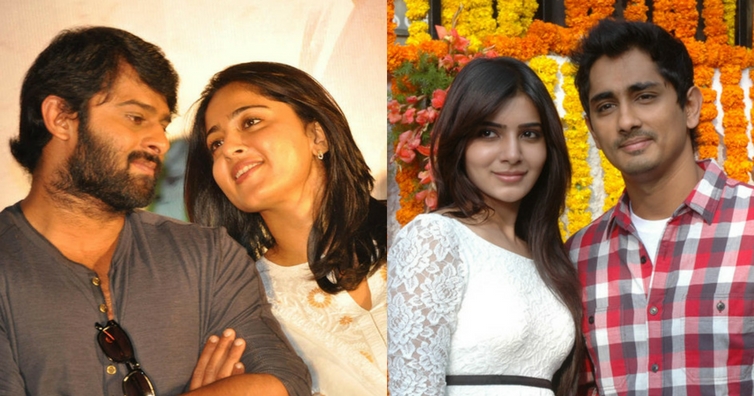 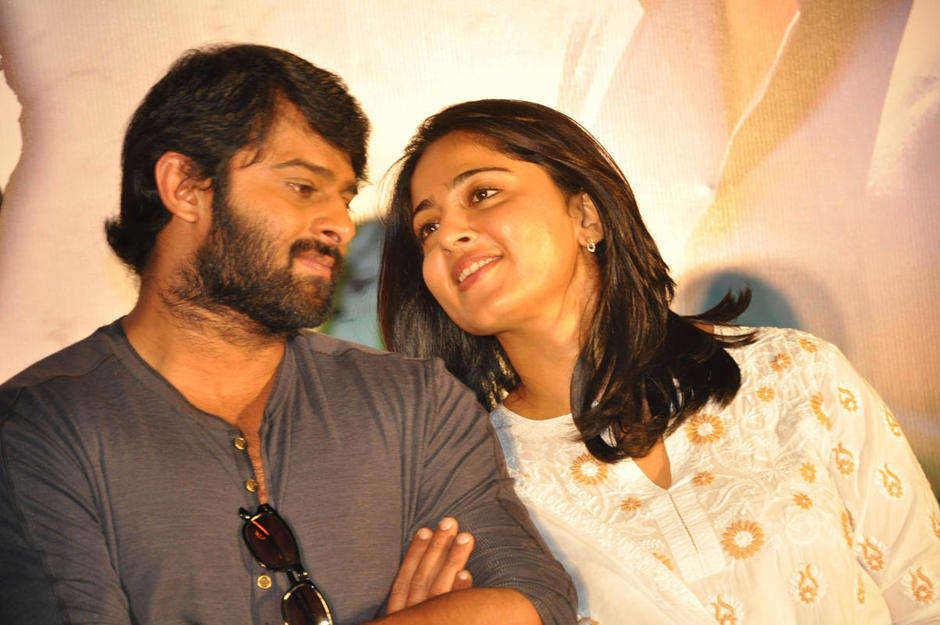 Anushka and Prabhas acted together more than couple of films and their chemistry turns good in their movies. The reports of their affair often came in media. It is also being said that the duo are going to get marry but both the stars denied that. The duo also acted together in the super hit film Baahubali, in which Anushka played the role of Devsena (Prabhas’ mother).
2. Trisha Krishnan and Rana Daggubati 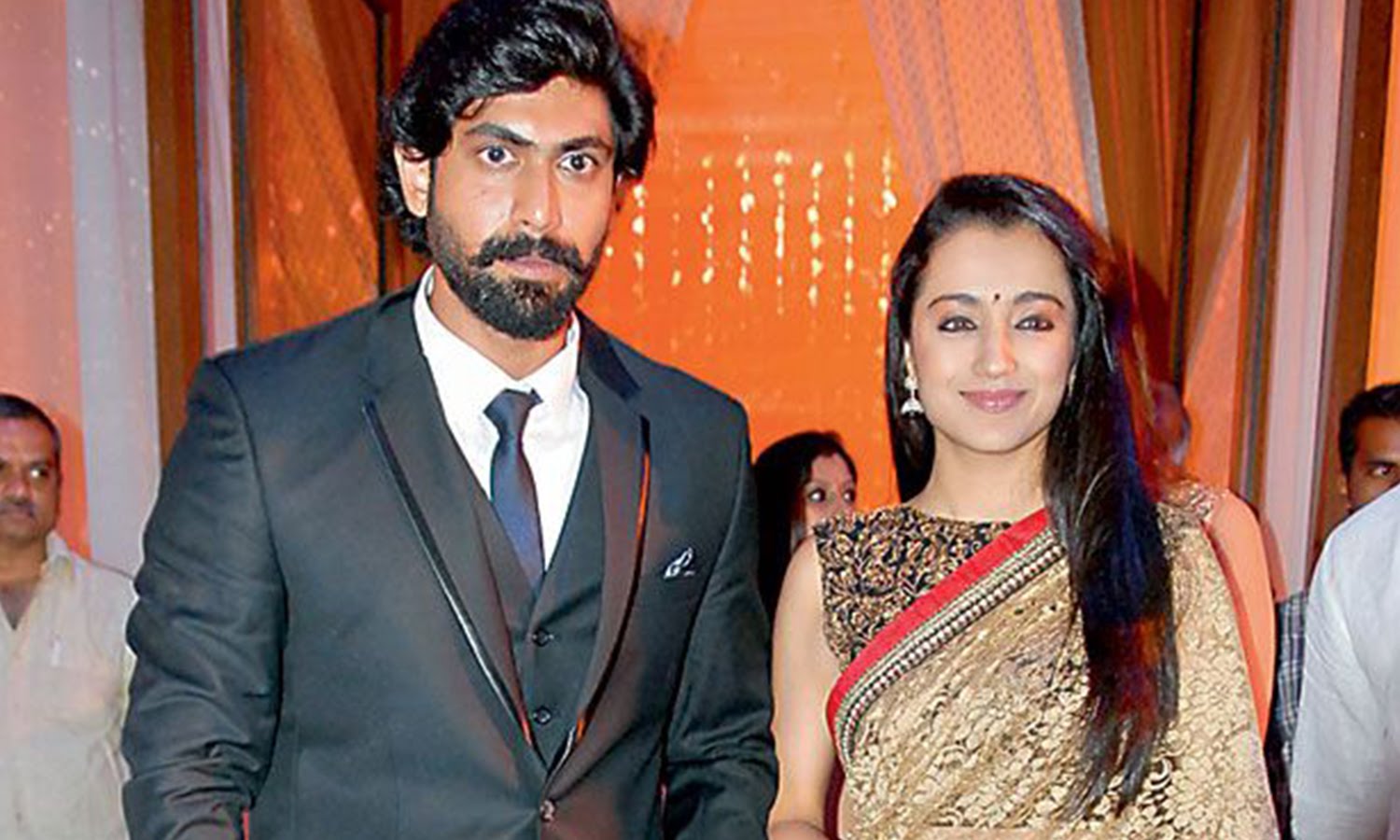 There have been strong rumours about the actress Trisha Krishnan’s relationship with Rana Daggubati. She is always linked with Rana and their alleged love-hate relation has been is one of the most talked about affairs in the t-town. However, Trisha claims that there is nothing as such between her and Rana. The actress puts it straight that she is very much single. Later, Trisha has fallen in love with an entrepreneur-producer Varun Manian. The couple got engaged on 23 January 2015, but soon they were broken up. This relation is another sensation in film industry and most of them also knows about their love affair. In June 2009, there were rumours of Prabhu and Nayanthara secretly tying the knot doing the rounds but all of sudden they separated. 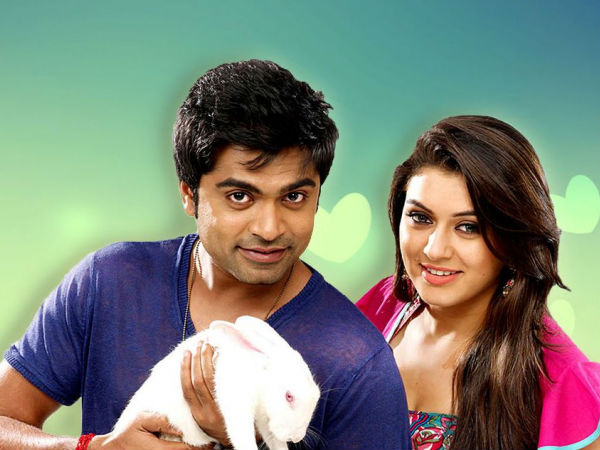 It was rumored that stunning actress Hansika Motwani has dated Tamil industry star Silambarasan aka Simbu. Although it was a rumor but very soon this rumor took the turn of reality when both of them accepted their love for each other. They were witnessed together in so many places and events together holding their hands. They met for the very first time in the shooting of the films “Vaalu” and “Vettai Mannan”. And when they started appearing together in so many films this relation reached at the seventh sky of love. Later, they have called off their relationship. It has been unveiled that Hansika Motwani has separated her ways on the advice of her mother because her mother wanted her to give all her focus on the career.
5. Ileana D’Cruz and Andrew Kneebone 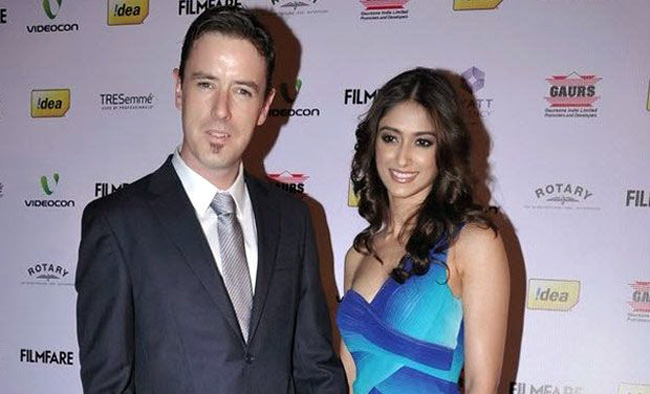 Ileana, who is a busy actress now in Bollywood is moving close with her Australian boyfriend Andrew Kneebone and the duo spotted together on several occasions. If reports are to be believed, Ileana is going to get married with Andrew soon.
6. Taapsee Pannu and Mathias Boe 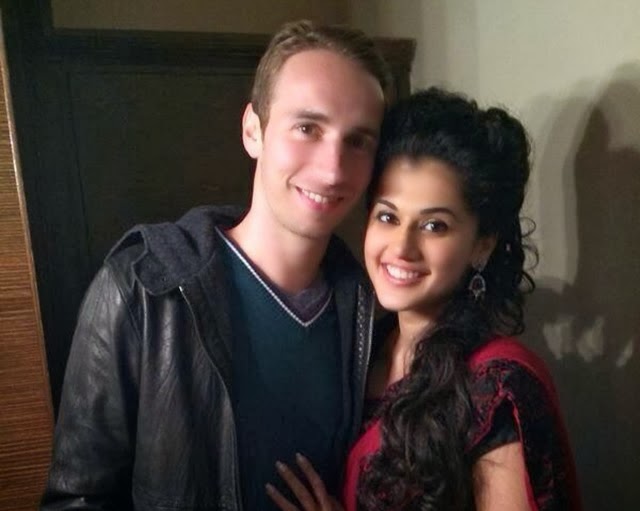 Taapsee Pannu is reportedly seeing Danish badminton player Mathias Boe. They had met in Hyderabad and their love has grown by leap and bounds over the last several months. However, Tapsee insists Boe is only a friend, the Dane is not averse to expressing his feelings, having recently posted an image of the two on Twitter declaring, “My beautiful gf@tapsee”. Both are in touch on Twitter and according to sources Boe flew down to Chandigarh to meet Pannu when she was shooting for the Bollywood flick ‘Running shaadi.com’ last month.
7. Neha Sharma and Ram Charan 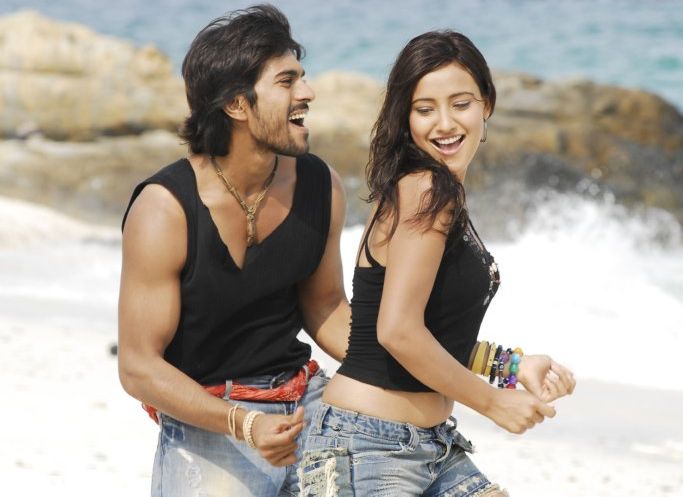 Neha and Ram Charan’s affair news went on very strongly in industry. It is also being said that the duo will marry. However, the news turns fake and Ram Charan got married with his long time girlfriend Upasana.
8. Samantha and Siddharth 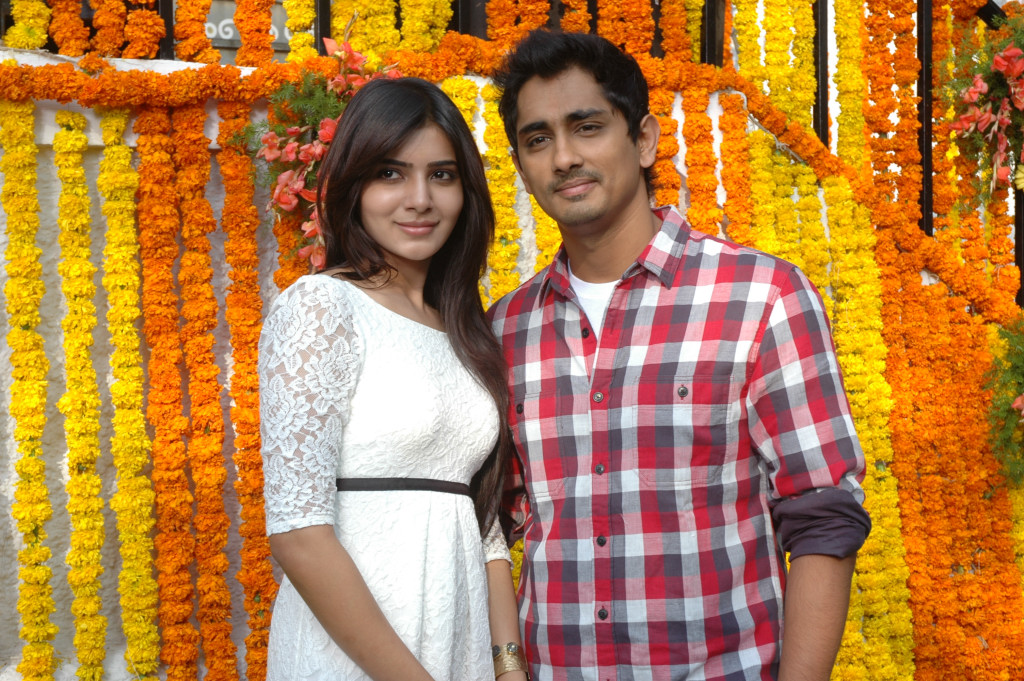 Samantha and Siddharth’s love story is popular among all the other cine stars’ affairs in South films. The duo spotted together in several functions and also performed a special pooja in Sri Kalahasthi Temple. However, they never opened about their relationship in public. But, they both have parted their ways.

1. Nayantara Nayanthara was born and brought up as a Syrian Christian. On 7 August…

Check Out The Educational Qualification Of Popular South Indian Actresses!

South Indian film industry’s backbone is its young and vibrant actors who can act, dance,…