You can love him or hate him but you can’t ignore him. Controversy’s favourite child Salman Khan always managed to make it to the headlines with his exceptional lifestyle and if this is not enough, destiny gives him a reason to enter the front page! 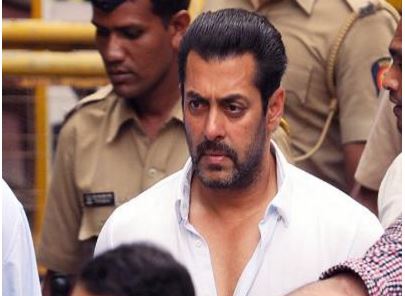 Salman Khan has often found himself in the centre of many controversies but the actor dealt with them pretty smartly. The ‘Bajrangi Bhaaijaan’ actor was set free by the Jodhpur Court in the 1998 Arms Act case today, in which he was alleged of possessing arms with an invalid license.
Even when we talk about the Blackbuck poaching case, as per bhai the Blackbuck died of “Natural Causes” and that’s pretty much what he said to be set free!
Anyway, here are few controversies that will forever haunt Salman Khan : 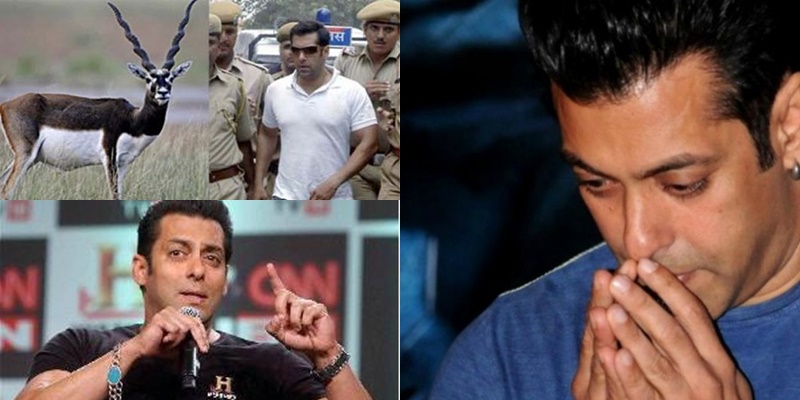 Salman Khan ran into trouble with the law in 1998 when he was booked in four cases regarding poaching of blackbuck and chinkara. The actor was busy shooting for his film ‘Hum Saath Saath Hain’. The media report stated that the entire cast of the film ‘Hum Saath Saath Hain’ took a break including, Salman Khan, Sonali Bendre and Saif Ali Khan near Jodhpur and were alleged to go for hunting. The ‘Sultan’ actor was accused of poaching of two endangered black bucks in the outskirts of Jodhpur, Kankani, on 1-2 October 1998.
Apart from this, two separate cases were registered against the movie-actor under the Wildlife Protection Act for allegedly poaching three chinkaras in separate happening on September 26 and September 28, 1998. In the three poaching cases registered against him, the superstar even served the sentence twice in the Jodhpur Jail – in April 2006 and in August 2007.
He was also accused under the Arms Act for possessing illegal arms. However, Salman was declared free of all these charges in the Arms Act case against him by the Jodhpur Court today.
[ads1]