Bollywood actress Alia Bhatt is in the news this year due to her many films. Soon she will be joining ‘Baahubali’ fame director S.S. Rajamouli’s much awaited film ‘RRR’ will be seen. Meanwhile, there is news that Alia will give her voice in two songs in this film. Alia is all set to shoot these two songs. Both the songs will be shot in Hyderabad. Alia’s look will be completely changed in this song.

It is unknown at this time what he will do after leaving the post. However, sources close to the film say that she can give her voice to the dance number of the film. In addition to this song, she also has another song that she will sing herself. Alia had earlier sung in director Imtiaz Ali’s ‘Highway’ and Shashank Khaitan’s ‘Humpty Sharma Ki Dulhania’. 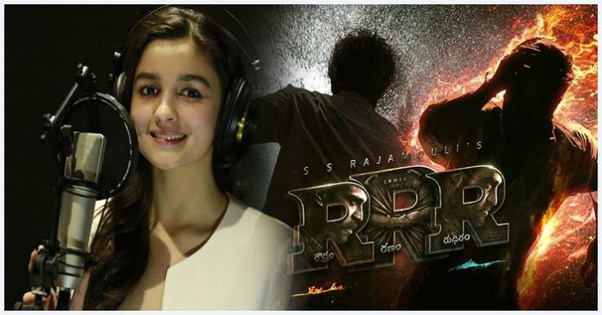 Director S.S. Apart from Alia, Ram Charan and Jr. NTR, Ajay Devgn and Shriya Saran are in the lead roles in Rajamouli’s much awaited film. Speaking about the film, producer DVV Danaya said, “We have come to the end of the shooting schedule of ‘RRR’ and we are very much looking forward to bring this film to the audience.” We are also very much looking forward to celebrating a big festival like Dussehra in the cinema with the audience. “

We are excited and impatient about Gangubai Kathiawadi. The Sanjay Leela Bhansali film would have…