Today we are going to introduce you to Bollywood actors who may have been happily spending good time with their loved ones one day before leaving this world. All the artists involved in this list have lost their lives in the heart attack. Take a look: 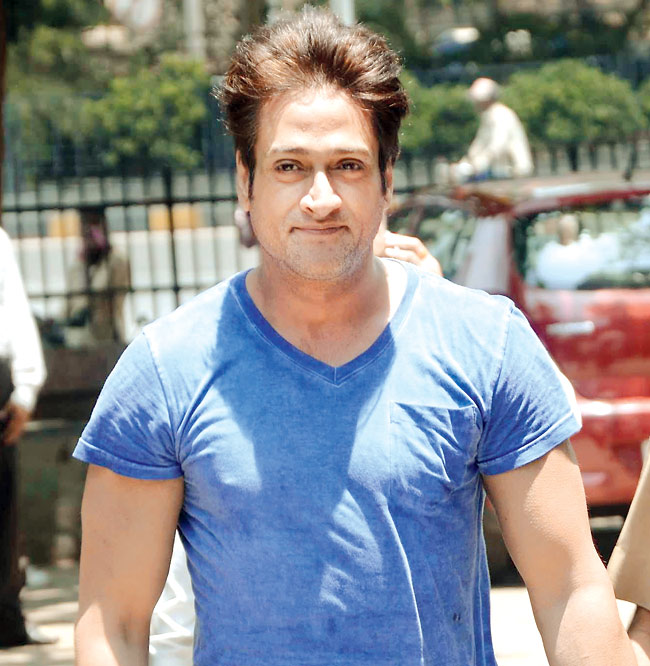 Bollywood and TV actor Inder Kumar, known for his role in Salman Khan’s film ‘Wanted’, passed away at 28 July, at 2 am due to heart attack at his residence in Mumbai. He was 44 years old. The actor reportedly suffered a heart attack at his residence in Four Bungalows in Andheri, Mumbai. The fatal attack occurred at 2am.
Inder has been a famous model during 90’s and has featured in many hit songs. He has acted in more than 20 Bollywood films. He rose to fame with Salman Khan’s film ‘Wanted’. Some of his films are ‘Khiladiyon Ka Khiladi’, ‘Agnipath’, ‘Tumko Na Bhool Payenge’. 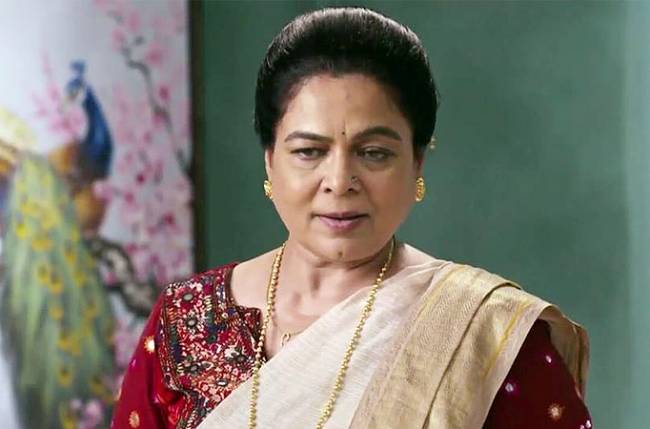 Famous Bollywood and Television actress Reema Lagoo, who was lastly working on Star Plus’ hit show “Naamkaran” passed away on May 18 morning due to cardiac arrest. She was 59. She was best known for playing the on-screen mother to protagonists in hit films like ‘Maine Pyar Kiya’, ‘Hum Aapke Hain Koun’, ‘Kuch Kuch Hota Hai’ and ‘Hum Saath-Saath Hain’. 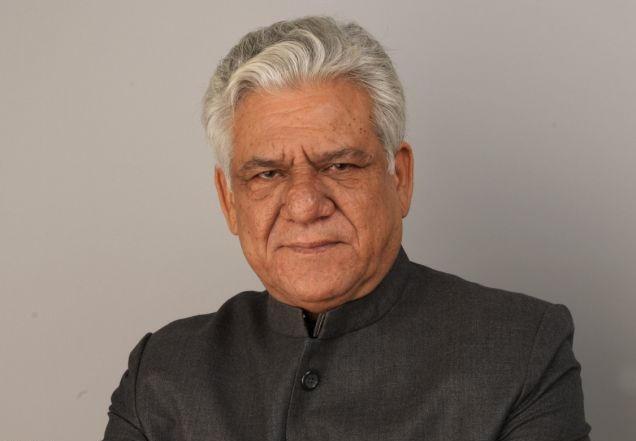 Veteran actor Om Puri has passed away after a massive heart attack on January 6. The actor was 66. The Padma Shri-winning actor died of a heart attack at his home in Mumbai. Puri was awarded an honorary OBE for his contribution to the British film industry in 2004. He was known for his performances in critically acclaimed films like “Ardh Satya” and “Paar” and the satirical “Jaane Bhi Do Yaaro”. 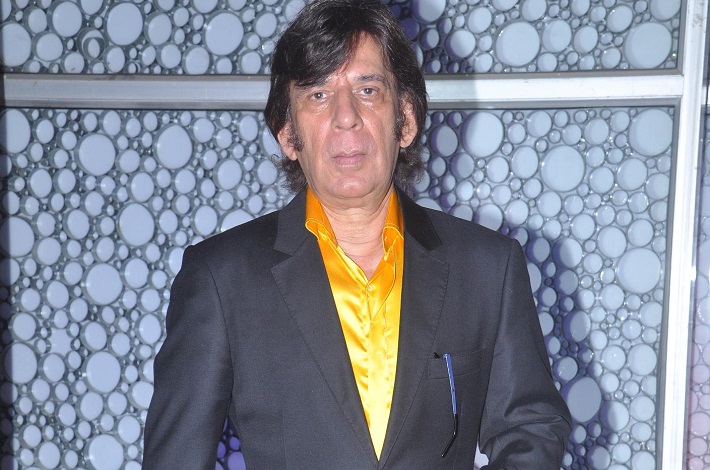 Veteran actor Razzak Khan who was famous for playing the role of Golden Bhai in popular comedy show “Comedy Nights With Kapil”is passed away on 1 June 2016. He suffered a massive heart attack and rushed to Holy Family hospital in Bandra, where doctors declared him dead on arrival. Khan has acted in more than 90 films and was noted for supporting and comic roles. 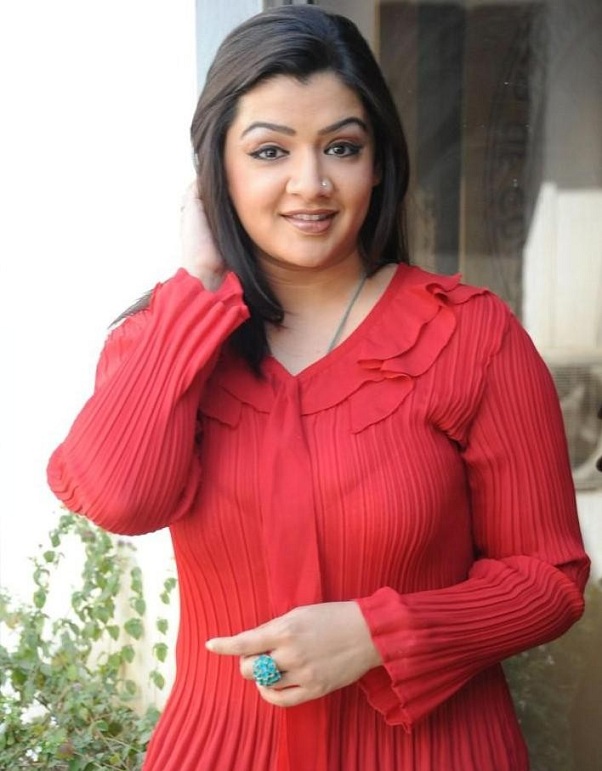 Actress Aarthi Agarwal made her made her debut at the age of 16, with “Paagalpan”. On June 6, 2015, Agarwal was pronounced dead in Atlantic City, New Jersey. Agarwal, who had undergone a liposuction surgery six weeks prior, had severe breathing problems before her death. Her manager stated the cause of her death was cardiac arrest. 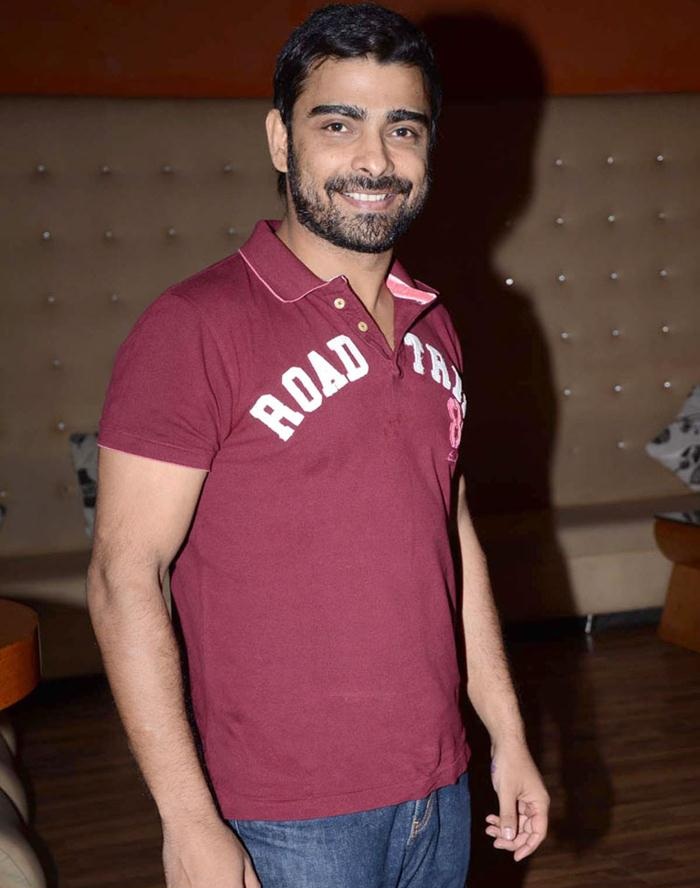 An Indian film and television actor, Abir Goswami, who worked in television serials like “Kkusum”, “Yahan Main Ghar Ghar Kheli”, “Pyaar Ka Dard Hai Meetha Meetha Pyaara Pyaara”. Goswami died on 31 May 2013 at the age of 37 due to cardiac arrest when he was running on treadmill.
He worked in films like ‘Lakshya’, ‘Khakee’, ‘Ugly’, ‘The Legend of Bhagat Singh’ etc. 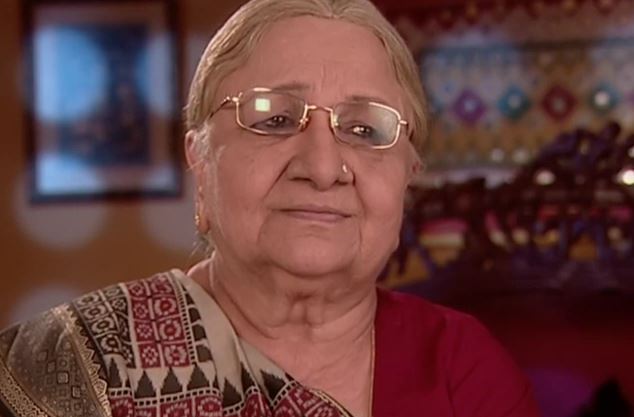 The veteran actress, Sudha Shivpuri, more popular for playing the role of ‘Baa’ in Ekta Kapoor’s longest running TV show ‘ Kyunki Saas Bhi Kabhi Bahu Thi’ died on May 20th morning. She was 79. According to reports, the actress had not been keeping well since 2013. She also suffered a heart attack in December 2013 for which she was in hospital for 6 months.
She made her film debut with Basu Chatterjee’s Swami in 1977 and went on to act in films like Insaaf Ka Tarazu, Hamari Bahu Alka, Sawan Ko Aane Do, Sun Meri Laila, Burning Train, Vidhaata and Maya Memsaab . In 2003 she acted in the Hindi film “Pinjar”, based on Amrita Pritam’s famous partition novel. 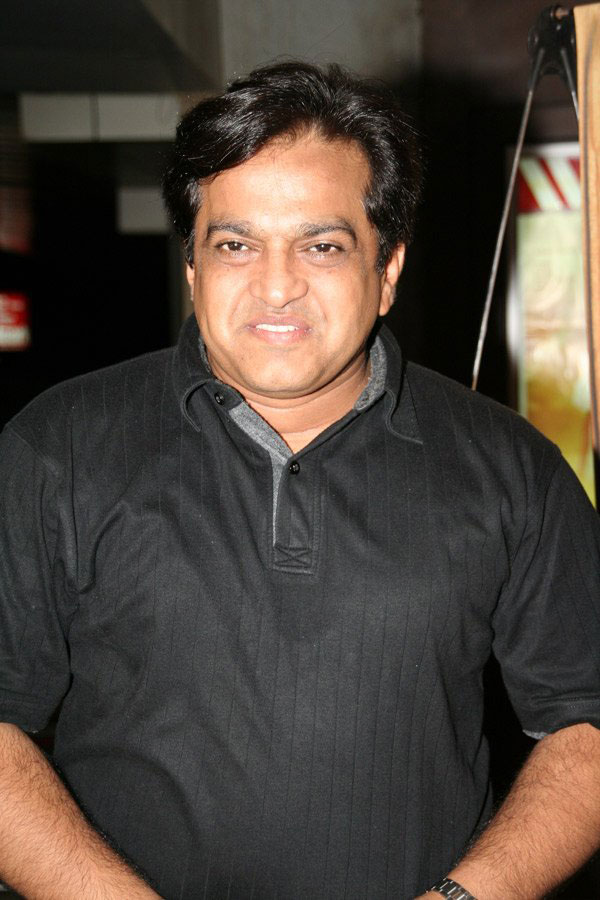 Vivek Shauq is not only a good comedian but also a good actor, writer and singer too. Along with films he was seen in shows like “Ulta Pulta” and “Flop Show’ alongside famous comedian Jaspal Bhatti. He suffered a heart attack on 3 January and was admitted to Jupiter Hospital in Thane. On 10 January 2011 Shauq died from septicemia at the age of 47.
He still remember for his role in films like ‘Aitraaz’, ’36 China Town’, ‘Dil Hai Tumara’, ‘Gadar: Ek Prem Katha’, ‘Tango Charlie’ etc. 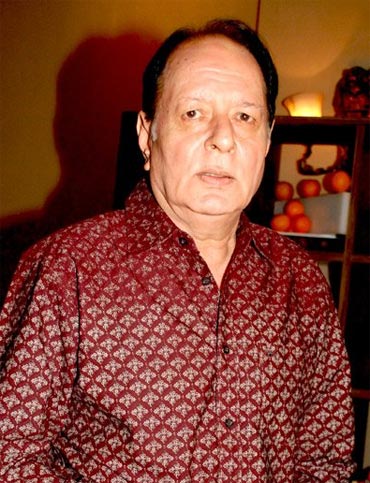 Navin Nischol, first gold medalist from the Film and Television Institute of India, say good bye to world in 2011. He worked in many TV shows like “Dekh Bhai Dekh”, “Daal Mein Kala”, “Waqt Ki Raftaar”, “Aashirwad” etc. Nischol died of a heart attack on 19 March 2011 en route from Mumbai to Pune. He was 64 years old. 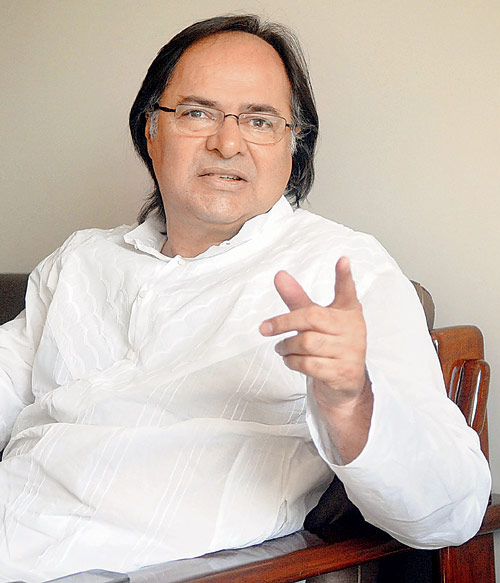 An Indian actor, philanthropist and a popular television presenter, Farooq Sheikh act in several notable films such as “Shatranj Ke Khiladi”, “Yeh Jawaani Hai Deewani” , “Chashme Buddoor”. He has been the host of very popular TV show “Jeena issi ka naam hai” in which he interviewed many Bollywood celebrities. Farooq died of a heart attack on 27 December 2013 in Dubai, where he was on holiday with his family.
[ads2] 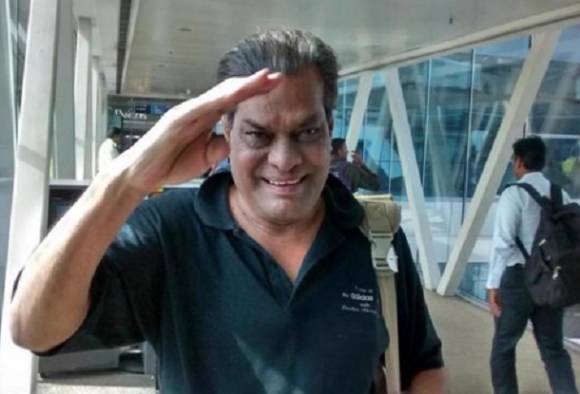 He best known to Hindi film audiences for his role as Guran in “Lagaan” as a postmaster in “Swades”. He had also played role of Vyasa in the popular Indian series “Mahabharat”. He was roped in for an ad series of Cadbury 5 star as the father of the two sons. Rajesh died on 14 January 2016 at the age of 66 due to a massive heart attack while shooting for a film in at Hyderabad. 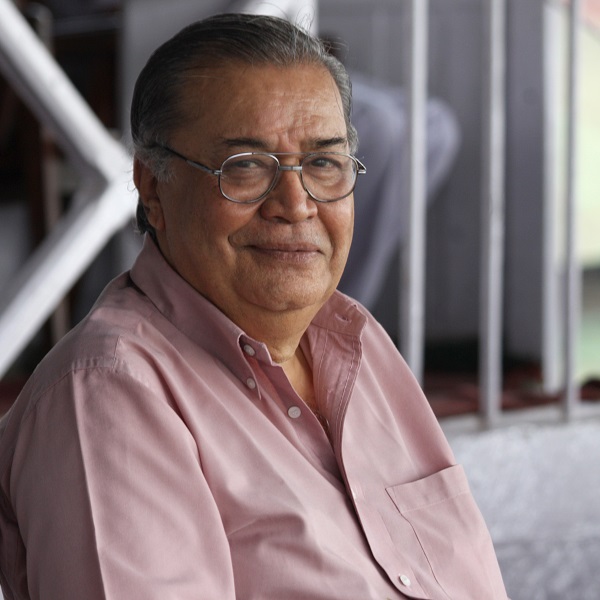 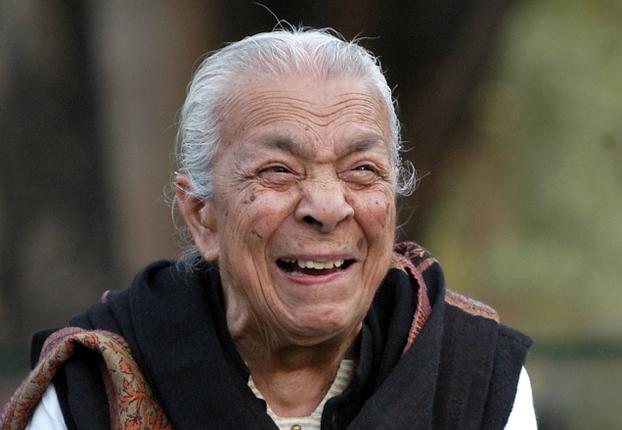 Bollywood’s sweetheart actress, dancer, and choreographer, Zohra Sehgal was full of zeal and enthusiasm. In her career-span of over 60 years she acted in numerous movies but her role in films like “Hum Dil De Chuke Sanam”, “Veer Zara”, “Saawariya”,” Cheeni Kum” is remembered till now. She said her final goodbye on 10 July 2014, aged 102, after suffering cardiac arrest. She is still remember in our memories. 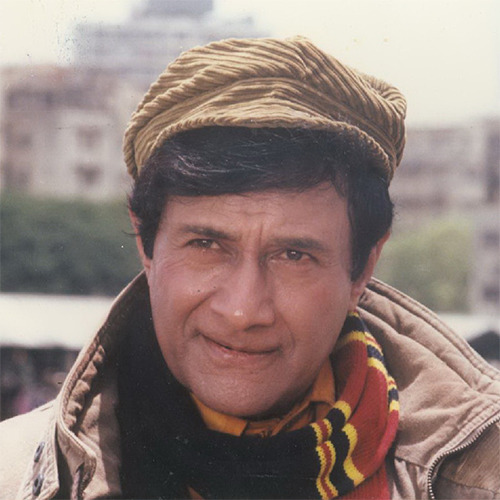 Dev Anand, regarded as one of the influential actors in the history of Indian cinema. Padma Bhushan and the Dadasaheb Phalke awarded Dev Anand spanned more than 65 years with acting in 114 Hindi films and did two English films. Anand died in his hotel room in London at the age of 88 on 4 December 2011 of a cardiac arrest. 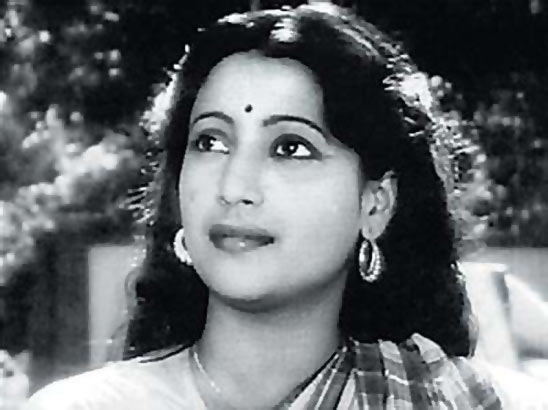 One of the finest actresses of Indian cinema, Suchitra Sen was also the first Bengali actress to receive an international award in Moscow in 1963. Suchitra Sen was admitted to the hospital on 24 December 2013 and was diagnosed with a lung infection. She died at 8.25 am on 17 January 2014, due to a heart attack. 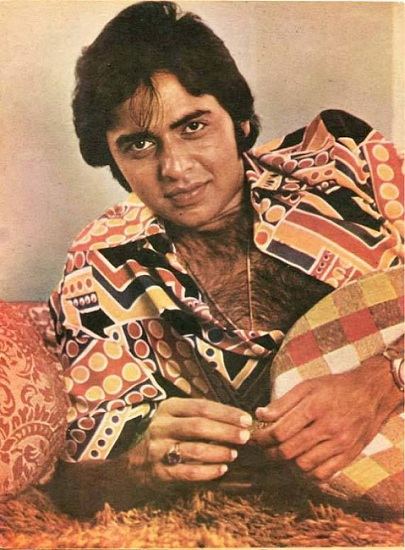 Vinod Mehra started out as a child actor in the late 1950s before starting his film career as an adult in 1971. He acted in over 100 films through to his death at the age of 45 in 1990. Mehra died of a heart attack on 30 October 1990. He was only 45 years of age. Vinod Mehra’s son Rohan Mehra is making his debut in Nikhil Advani’s “Baazaar”.