When it comes to Bollywood, there is no shortage of movies that have been so senseless that their very mention makes us cringe. These movies somehow make us question our belief in film-making. But then, the audience is so dynamic that you can’t predict what movies work and which ones don’t, although some are too obvious.
Here is a list of movies that made it to the worst 25 movies in Bollywood: 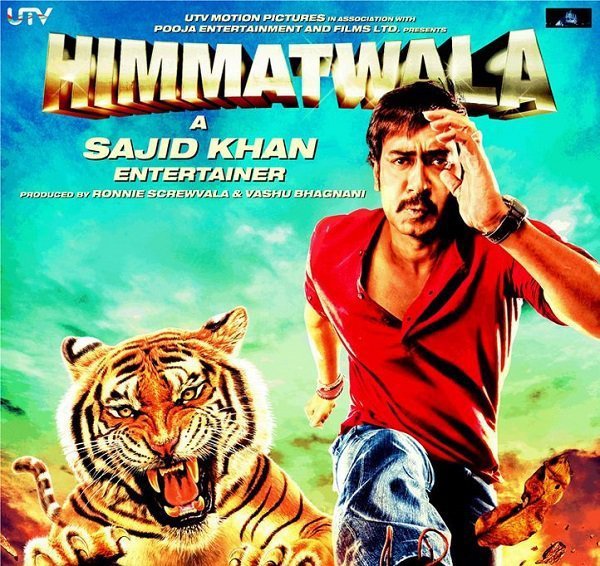 You need ‘himmat’ to watch this masterpiece by Sajid Khan. The movie is a remake of a movie made 30 years ago. But, if anything, it is worse than the original. 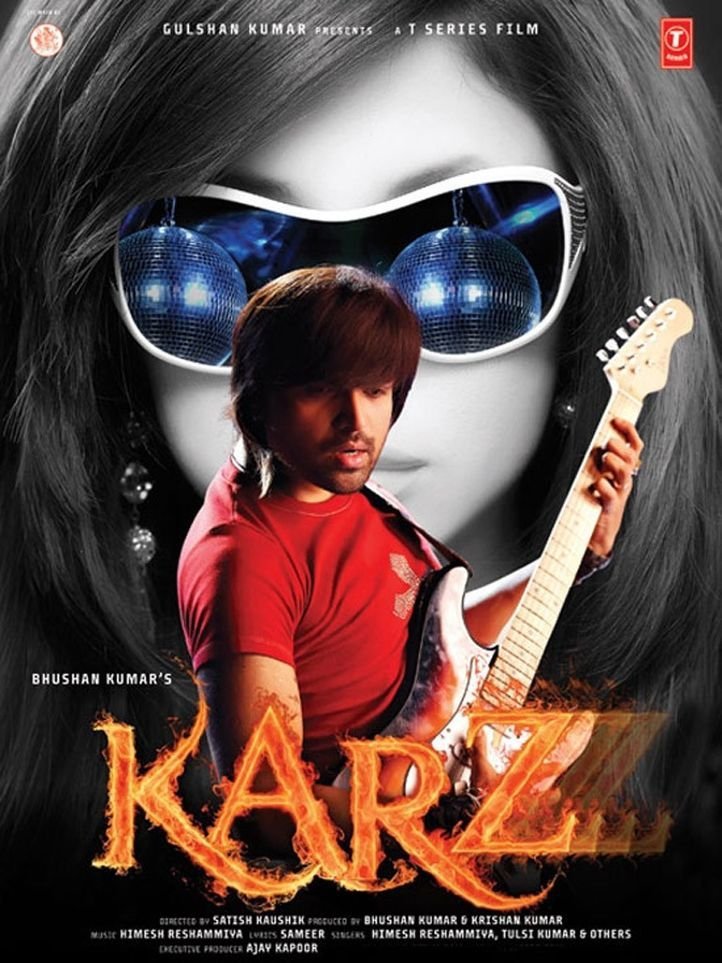 No, the numerology did not help this Himesh Reshammiya starrer in any way. A remake that actually ruined the legacy of the original one. 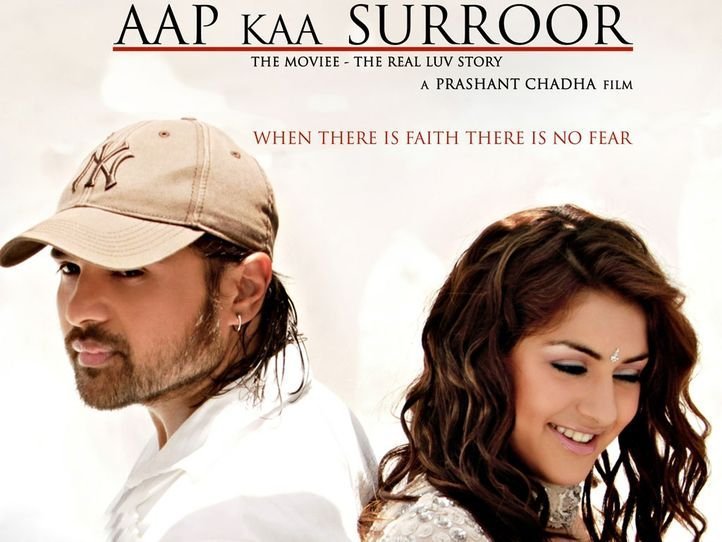 The story is as confusing as the name. All you need to know is that it was made in Germany (which they say 20,000 times in the movie… I mean… ‘moviee’) and somehow there are Indian auto rickshaws plying there as well. 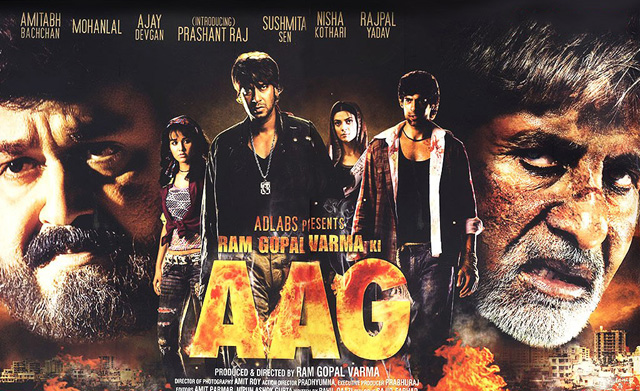 All hope was burnt when this official Sholay remake was released. Not only did he include his own name in the title but used the hero of the first movie, Amitabh Bachchan, as the villain in this one.
5. Drona, 2008 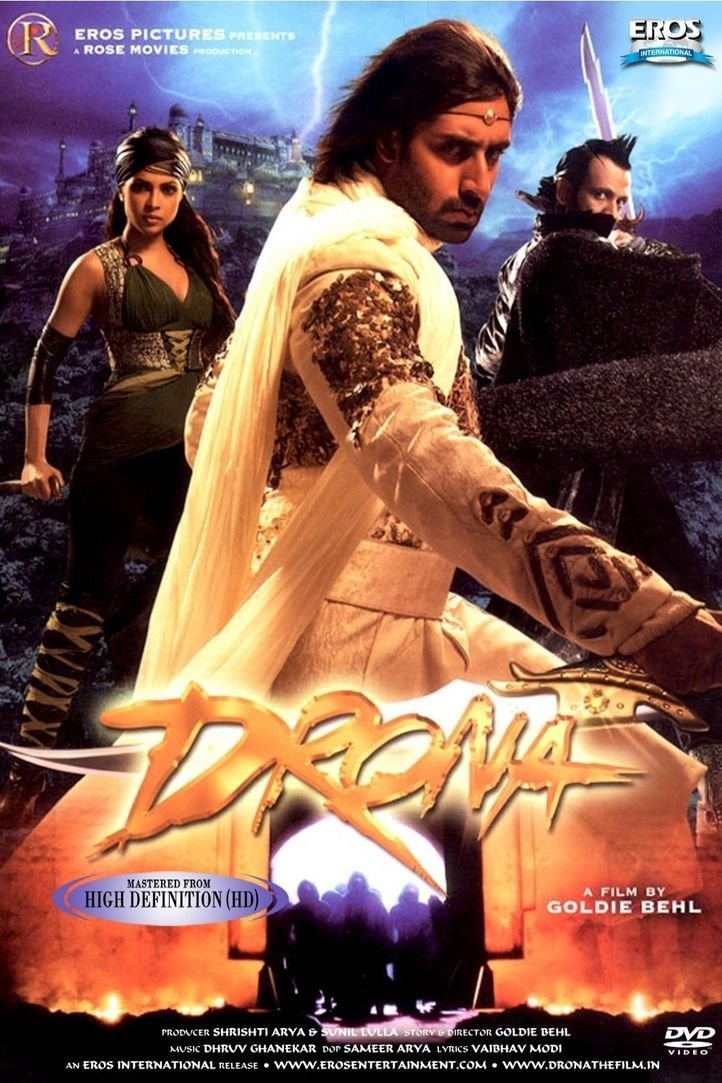 Abhishek Bachchan is a warrior (yes, that is true) and has a love interest who somehow looks like a female samurai. No matter how much sepia filter they used, it could not protect the movie from its terrible and inevitable fate. 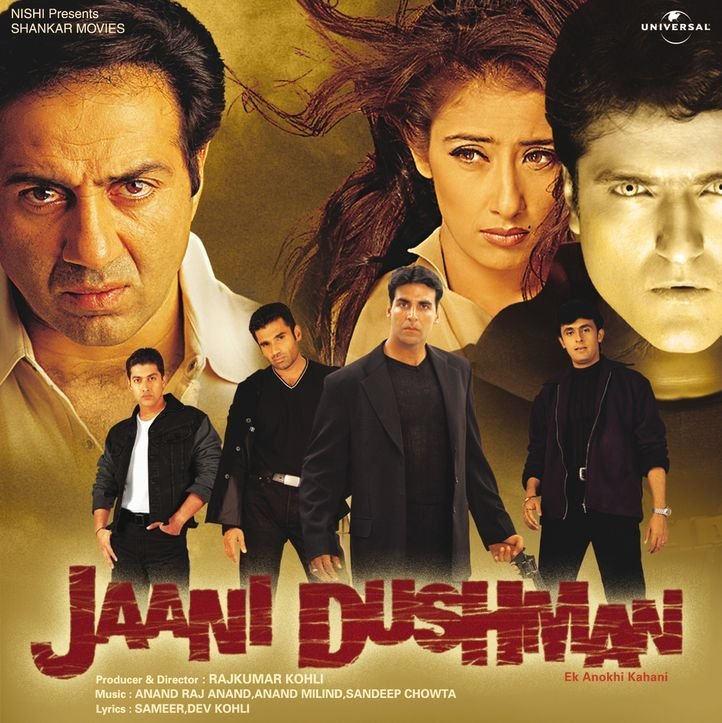 Itni anokhi ki koi na samajh paye. This movie had the worst CG setup ever, so they decided to use Armaan Kohli as Neo, Terminator and a snake’s head. Also, it showed us two things: how an attempt to rape can be okay and Sonu Nigam’s acting.

The only reason people went to see this movie was because of Katrina Kaif’s ‘Sheila ki Jawani’ number. But even she could not save a comedy that can only make you laugh if you have turned your brain off along with your phone in the theatre. 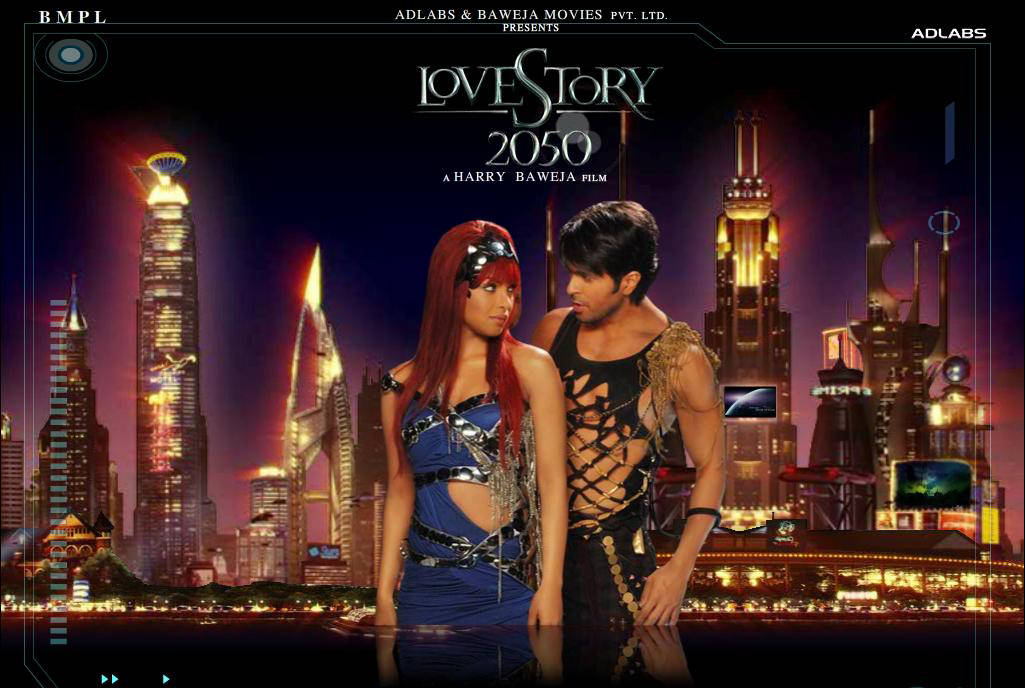 Hrithik Roshan part 2 (Harman Baweja) plans to bring his girlfriend back from the dead. He happens to have a time machine at his disposal, but instead of going back in time he goes forward to 2050. Ingenious, isn’t it?
9. Joker, 2012 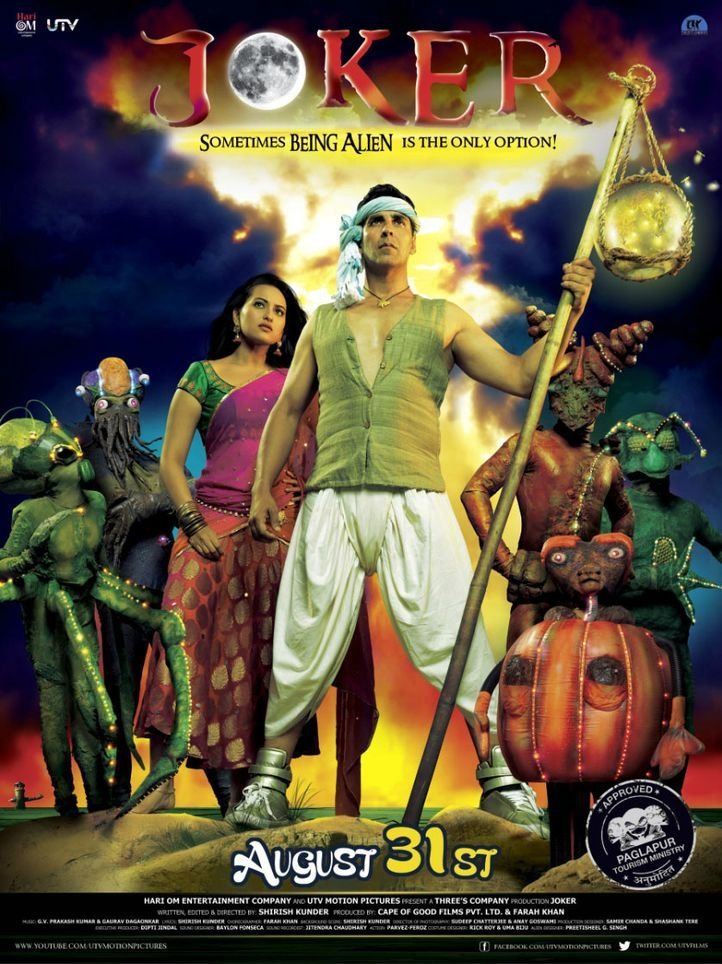 A village created by mental asylum escapees called ‘Paglapur’ (so smart!). Well, not really. You may end up feeling like a part of this village which somehow escaped the world’s sight for 60 years. After watching this movie, I’m sure the audience thought we would be better off as aliens than humans – we wouldn’t have to tolerate such gibberish in the name of movies! 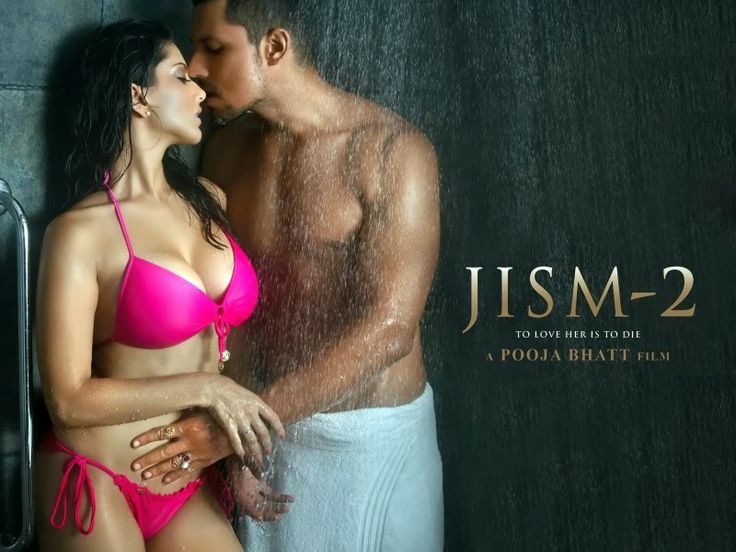 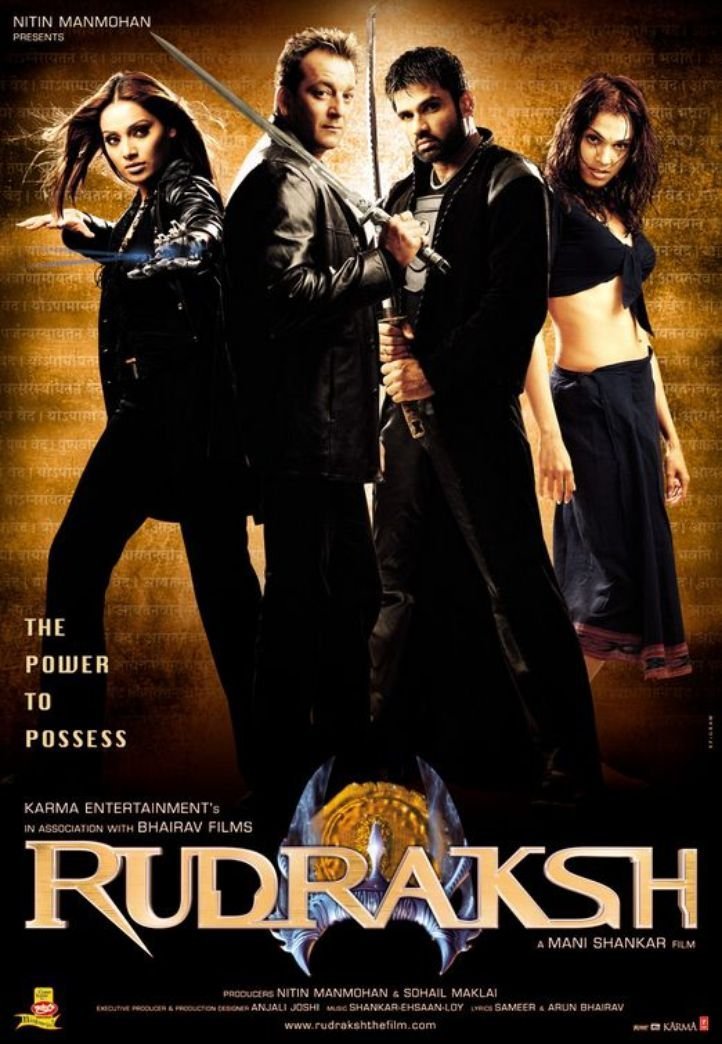 Voodoo practices that are beyond reasoning and healing powers that killed science. Also Sanjay Dutt touching Bipasha Basu’s temple to give her ‘lady feels’ (yes, that is term used). It is beyond human logic and ability to understand. 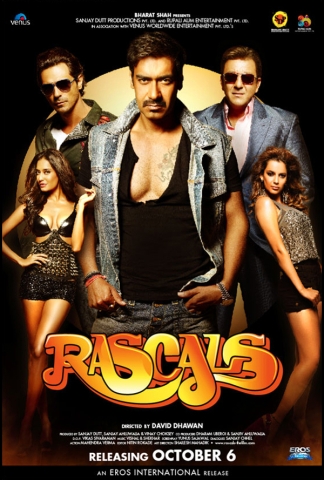 The movie was called a third grade comedy, a series of dumb misadventures and a comedy which was seriously not funny. There are so many cons in the movie that all sense will con your brain and leave. Cons con a man who in turn cons the con men only to find out that he has been conned by the cons. The makers sure had con-fidence while making this ‘conedy’ movie!
13. Aap Mujhe Achche Lagne Lage, 2002 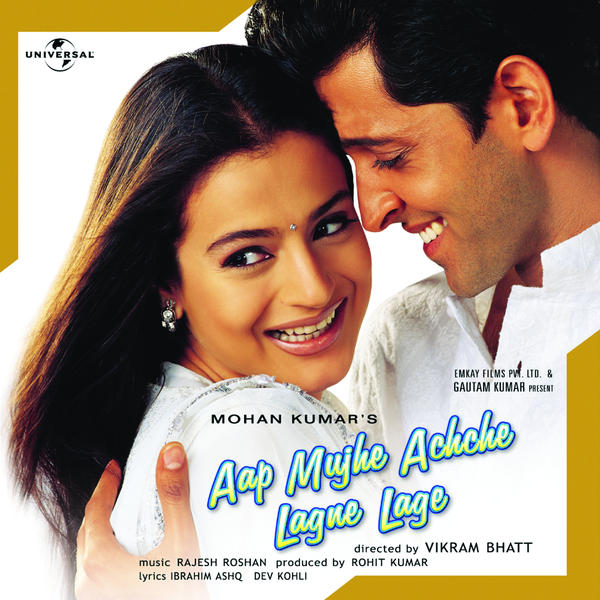 A wealthy girl (Amisha Patel) falls for a college boy (Hrithik Roshan). Her father disapproves of this (surprise, surprise!) She takes poison and is about to die but somehow seeing him kick the crap out of her brother and his goons she somehow survives. 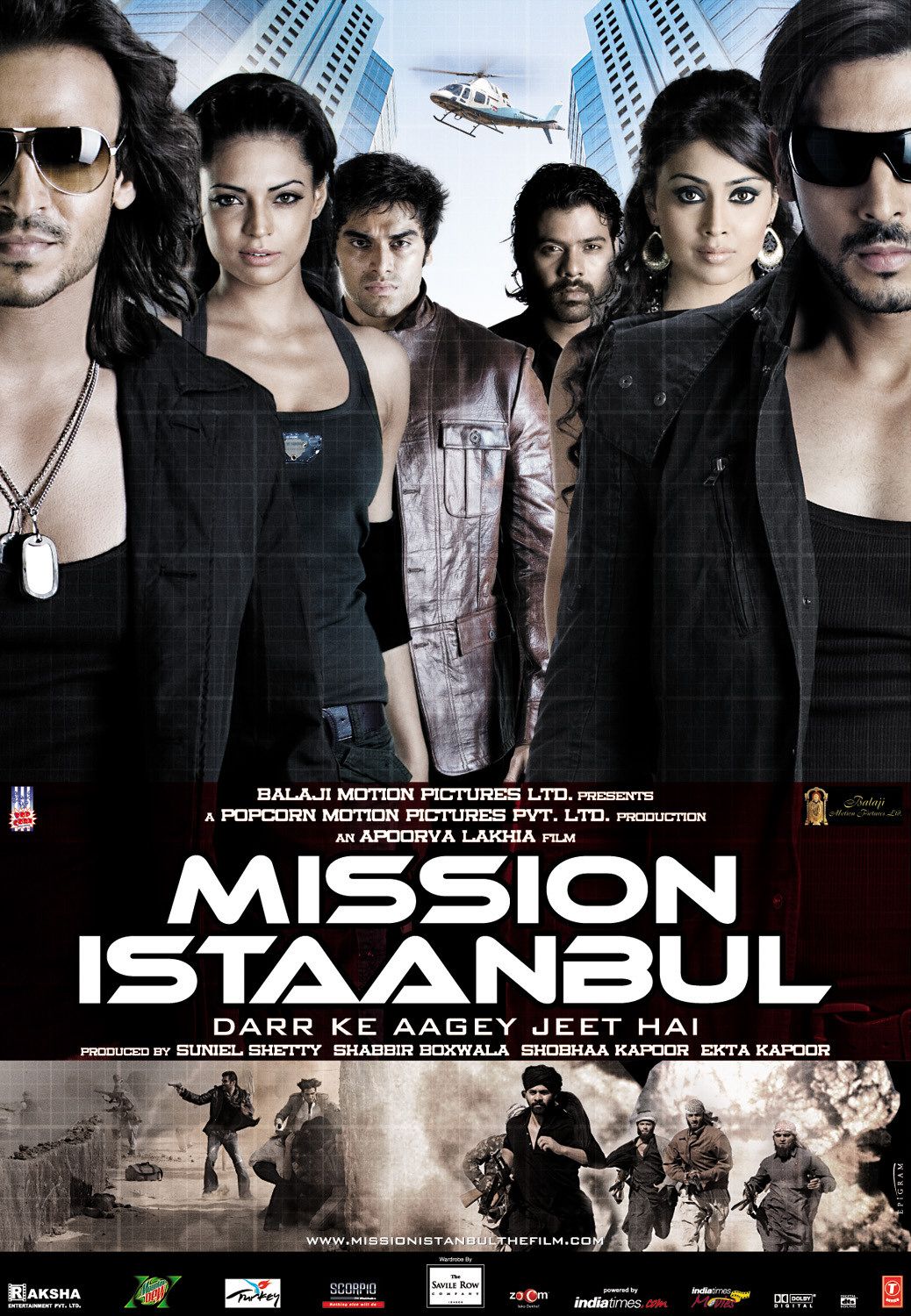 The movie is all about a world famous reporter who gets stuck in a terrorist organization pretending to be a news channel. Ohh and not to forget, the alluring 13th floor where no one is supposed to go but obviously Zayed Khan couldn’t resist. Weak story and bad acting are just ‘some’ of the flaws. The tagline of the film, ‘Darr Ke Aage Jeet Hai’ doesn’t at all make anyone think of Mountain Dew – one of the ‘proud’ sponsors of this film! 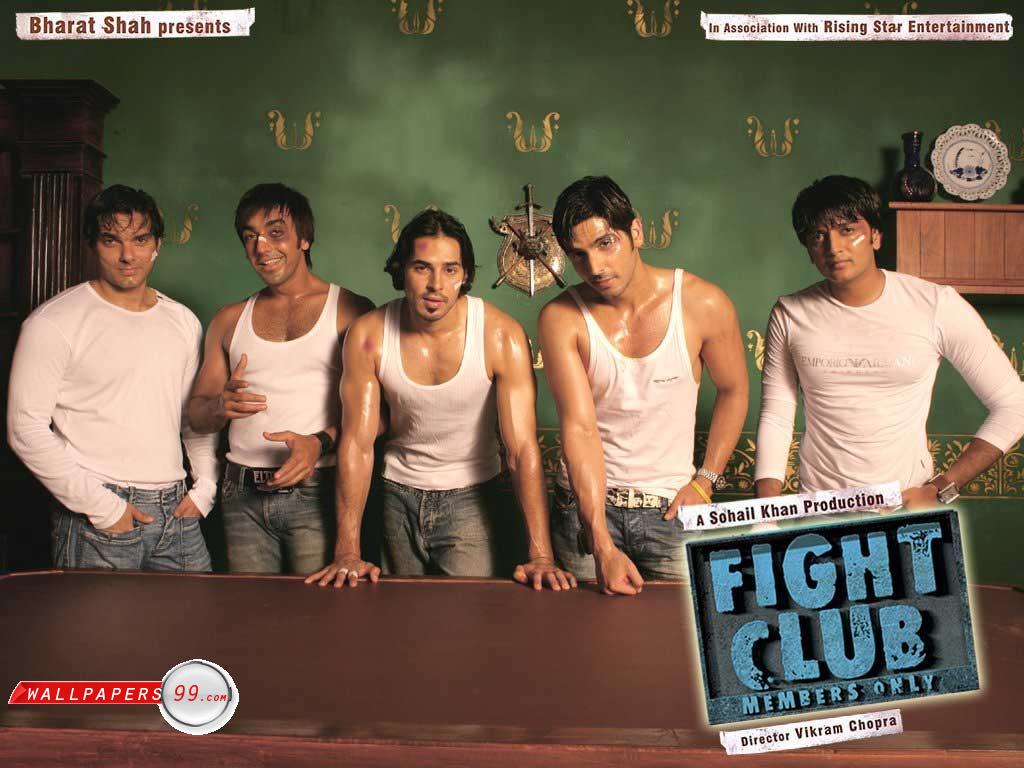 This is not the remake of the Hollywood flick Fight Club. The movie features a private fight club (yes, that is an original idea) where people come and fight but someone dies and Bollywood happens. Revenge, deceit, more revenge, fights, revenge again, so on and so forth. You get the point. The only connectivity between the Hollywood ‘Fight Club’ and the Bollywood ‘Fight Club’ is ‘Do Not Talk About Fight Club’ – a rule a lot of people would apply after watching this horrendous attempt of remaking the classic original. 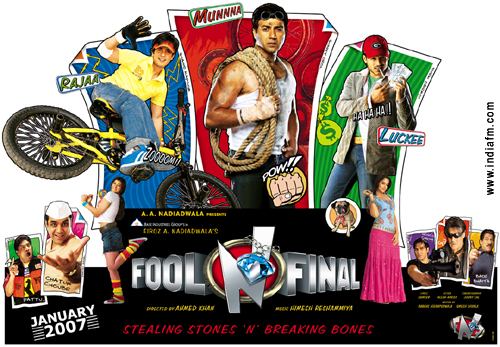 First of all there is an underworld don called ‘Moscow Chikna’, who four idiots try to steal a diamond from and succeed. Somehow, there is also a boxer involved who is played by none other than Sunny Deol. The plot was labeled ‘lethargic’ by a critic. Ah, the good time when Ayesha Takia looked NORMAL! Only ‘fools’ could have tolerated the film till the ‘final’ scene!
17. Good Boy, Bad Boy, 2007 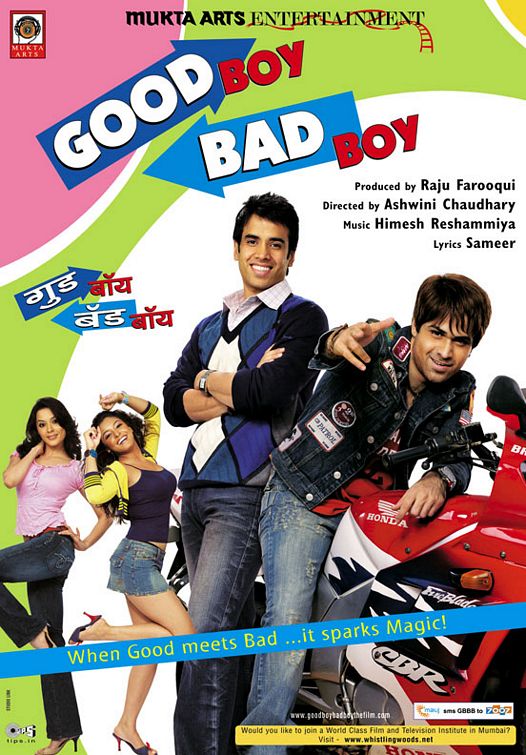 The poster of the movie said, “When good meets bad, it sparks magic”, and that was really not the case. It is a story about how two completely opposite students are swapped and put in the wrong sections. What follows is not comedy but sheer stupidity.