Prem Ratan Dhan Payo inspired by The Prisoner Of Zenda

The story of the 2015 hit movie Prem Ratan Dhan Payo is known by many, but very few know that the movie is actually a remake of Hollywood movie, The Prisoner Of Zenda. The Prisoner Of Zenda is actually a novel written by Anthony Hope which was adapted in a Hollywood movie, and PRDP is merely another Bollywood remake of the same. Both these movies tell the story of a prince who is replaced by a lookalike who pretends to be his half brother and plots to take the throne for himself. The lookalike has to pretend to be king till the real prince is rescued. 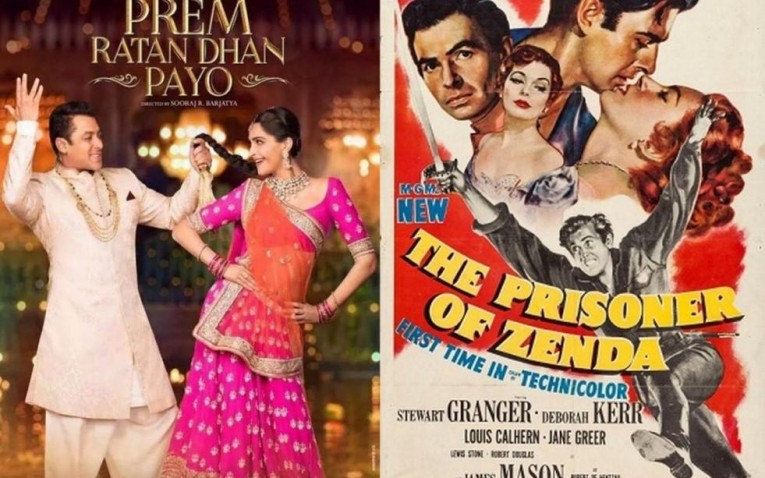