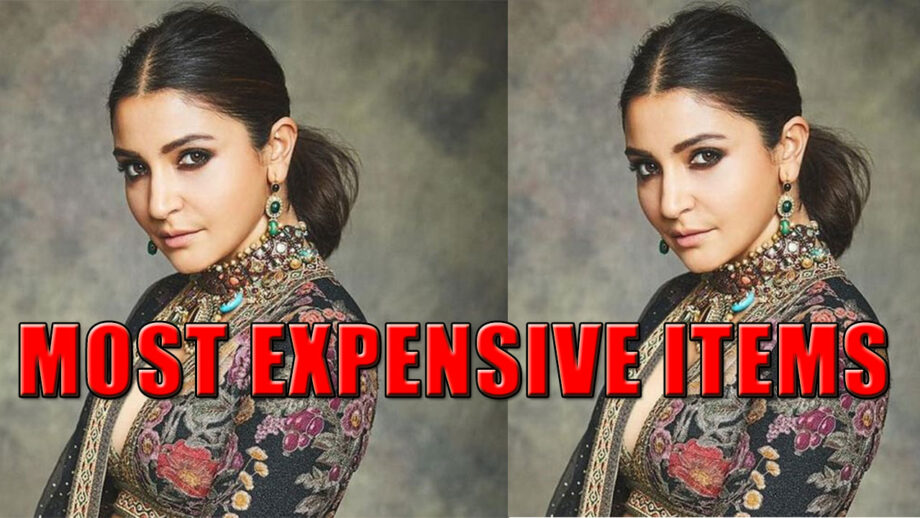 The power of stardom doesn’t just come overnight, you have to earn it from Bollywood especially, the fans who make you a star. Who better than the Bollywood celebs would know this as they are what fans made them! We have seen how after coming to fame and emerging in the list of Forbes, the actors and actresses start making their collection of what they desired to buy before. This time, it’s our very own Mss Kohli aka Anushka Sharma!

No wonder why actresses make it big after earning a name they deserved for a long time. We have seen how the actors desired to buy things of their choice once they get on the verge of stardom and when they do, our very own Anushka Sharma will show you how it’s done, here are some of her most expensive items that prove her richness, as per media reports.

Anushka Sharma is fond of handbags and owns a Chloe Paraty Bag made out of calf’s skin. It costs around 1.24 lakhs. Also, the Fendi Silvana Bag owned by her is quite stylish. It costs 1.48 lakhs too!

Cars are a must-have for celebrities and when we have Anushka Sharma, there has to be some talking! Even she owns an SUV of grey color Range Rover Vogue.

To live in a luxurious and enough space is a task for many celebs and then comes Anushka Sharma who lives at Yari Road building in Andheri and her 3 BHK flat is estimated around 4 crores.

To have an office has become a must for the celebs as they can’t have met at home. Anushka Sharma owns a 2 BHK joint flat at Lokhandwala where she has all professional meetings.

Take A Look At The Gorgeous Smile Of Anushka Sharma: Gorgeous AF!

Anushka Sharma is leading happy married life with her husband Virat Kohli. And she is…