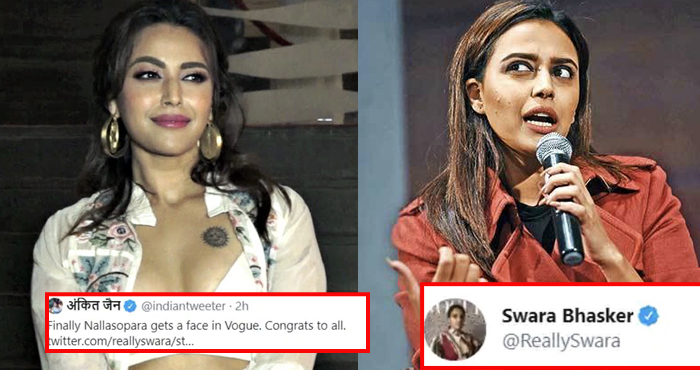 Besides her amazing acting skills, Swara Bhasker is known for her solid comebacks and replies to trolls. The actress is often seen at the receiving end of trolling on social media. However, the actress knows the art of giving it back to the trolls and steals the show with her replies. Recently, Swara Bhasker took to her social media and shared a picture of herself after she featured on the cover of Vogue magazine. Here, check out the Tweet:

Among many, a Twitter user tried to troll the actress by writing “Finally Nallasopara gets a face in Vogue. Congrats to all,” For the unversed, Nallasopara is an area situated on the outskirts of Mumbai and is inhabited by many low-income families. The tweet soon caught the attention of Swara Bhaskar, who slammed the Twitter user over his remark. In her reply, Swara gave it back to the Twitter user by telling him “And why not?!? Nallasopara should get a face and space in @VOGUEIndia as should Dharavi.. And Shahdara, & Seelampur.. why the hell not you pretentious half-wit pretending to be ‘elite’.. You live off the labour of those who live in the areas whose names you use like slur.. #loser,” Here, check out the Tweet: 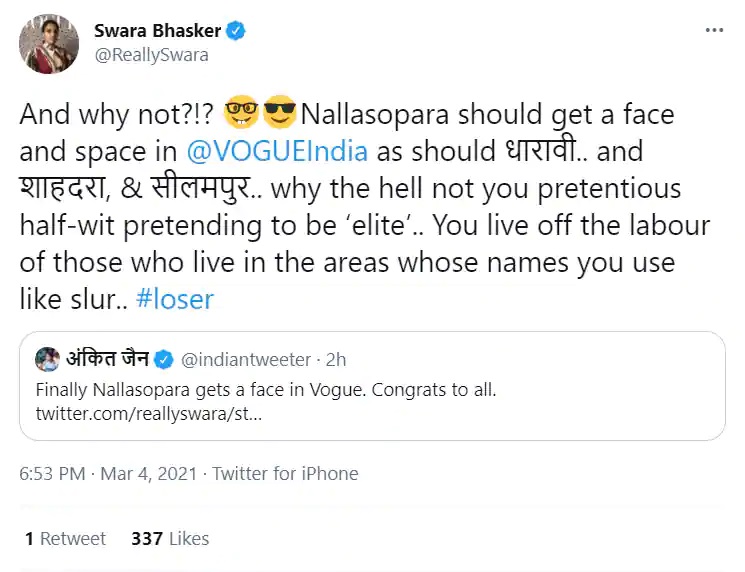