Sonia, the only woman in the group of Aslam (Kunal Kapoor), Sukhi (Sharman Joshi), Daljeet (Aamir Khan) and Karan, is in love with Flight lieutenant Ajay Rathod, played by R Madhavan, an officer with the Indian Air Force. All in the group are in awe of Ajay, treat him like an elder brother and have immense love for him. Their love for Ajay also comes from the fact that he is Sonia’s boyfriend.
Karan too, looks up to Madhavan, but is in love with Sonia. His love for Sonia is depicted throughout the movie, but in bits and pieces. Karan, often portrayed as indifferent and laid-back, is the one who reaches the amphitheater first for Sue’s movie audition. This is one of the examples that shows Karan would push himself for Sonia. DJ, Sukhi and Aslam being startled to know Karan was on time for the rehearsals is another proof. 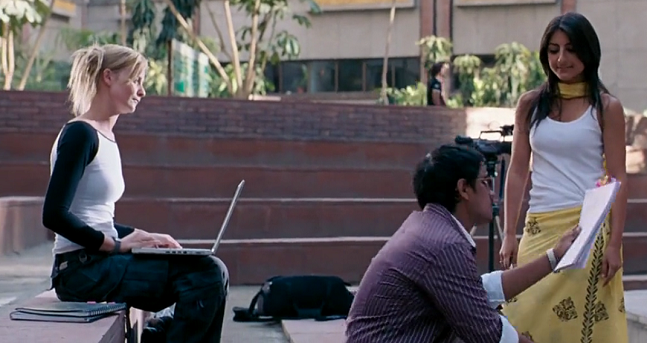